Heritage work excellence to be celebrated 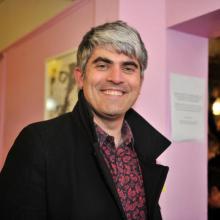 Dunedin mayor, Aaron Hawkins. PHOTO: ODT FILES.
Dunedin's heritage, and those working to preserve it, will soon be celebrated again.

The 2020 Dunedin Heritage Awards, which recognise excellence and innovation in the conservation and re-use of heritage buildings and structures, are open for nominations.

Dunedin Mayor Aaron Hawkins said the awards were an important opportunity for the city to acknowledge the "incredible" work being done in the preservation and adaptive reuse of its built heritage.

"The element of competition that seems to have developed in the city can only be positive for residents and visitors alike, now and into the future."

The awards, which began in 2011, cover work by building owners, conservation professionals, project managers and engineers.

They are administered by the Dunedin City Council in partnership with heritage stakeholders in the city.

For this year only the competition has been opened to the design students at Otago Polytechnic in remembrance of their tutor, and respected heritage advocate, Michael Findlay, who died in July.

An additional award, the David Cox Memorial Award, administered by the Southern Heritage Trust, is awarded to recognise and encourage excellence in the restoration, conservation and continued use of buildings and structures across Otago.

Projects eligible for the awards will have had work completed in the 24 months to December 1 this year. Nominations close on January 31, 2020. The award winners will be announced at an event on March 17.