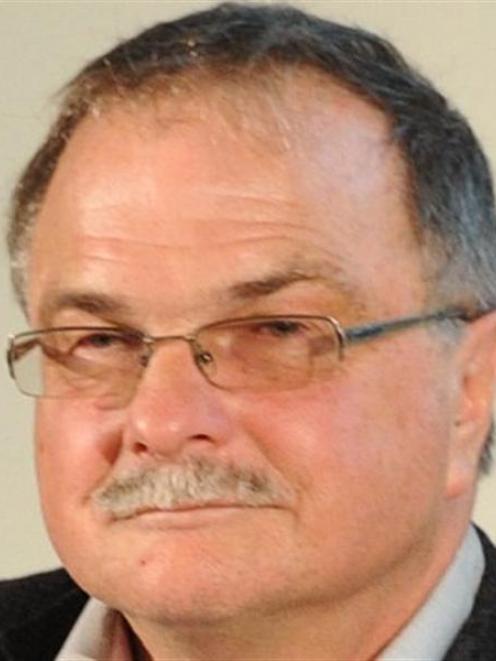 Len Cook
Former government statistician Len Cook this week warned about the "serious cost" in human terms of further state sector restructuring, without, in some cases, a fully convincing rationale to support it.

Mr Cook, who is president of the New Zealand Institute of Public Administration, outlined his concerns about restructuring and adapting to meet the nation's future challenges when he gave the annual Abbey College Prestige Lecture on Tuesday night.

New Zealand was "in the midst of extraordinary change in population characteristics, globalisation, climate change, information technology" , he said in the lecture at the University of Otago.

Mr Cook, who is also a former director of the Office for National Statistics in the United Kingdom, said consideration of "improving government performance" in New Zealand was often linked to an "intensity of focus on the public service".

Yet 25 years of state sector reform in this country had "left us with a doubtful legacy, some desperation to change, but little intellectual basis for deciding what to do".

New Zealand was "unique to the extent to which current management teams are cast aside in the quest for the perfect structure, on the presumption that knowledge, people, systems, and citizen engagement will fall into place".

"They rarely do, before the next reshuffle."

The service had to be "continually learning, through inquiry, structured evaluation, formal review and a culture of continuous improvement".

But such key attributes were "disrupted through persistent structural change", he warned.

Protecting such attributes should provide "severe constraints on the management of change" and "key tests of the effectiveness of institutions", but they often became "barely noticed casualties".

The system was "not working if it cannot adapt without such serious cost as we ready ourselves for achieving what is most important to us."

Proposed extensive changes to the Ministry of Foreign Affairs and Trade appeared poorly focused, he said in an interview. Restructuring changes needed to be well justified through careful analysis.

Public service organisations could be damaged by loss of valuable staff, including people who had built up good lines of communication with other agencies.

•Born in Dunedin, Mr Cook is a University of Otago graduate and a senior associate at the Victoria University of Wellington Institute of Policy Studies.