Hillside back in business? 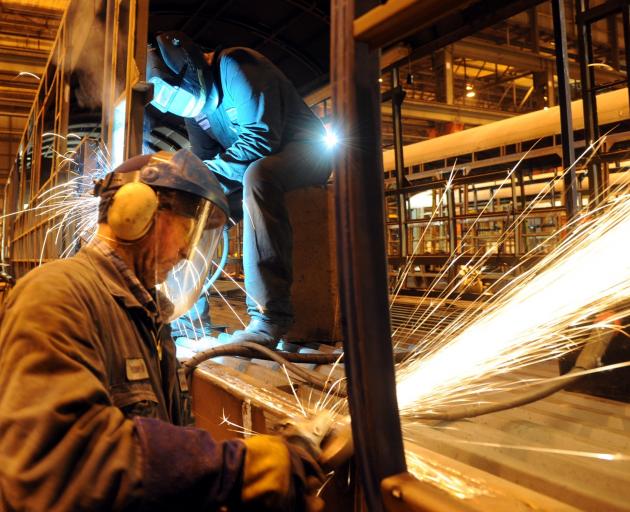 Plans for the Antipodean Explorer were unveiled yesterday at the New Zealand China Mayoral Forum, being held in Wellington.

The scenic trip would be pitched at wealthy tourists.

Starting in Auckland, the Antipodean Explorer would travel through provincial New Zealand, stopping once a week in Dunedin.

The carriages for the Antipodean Explorer would be kitted out as a moving hotel, Antipodes Explorer NZ co-founder and general manager Amanda Johnston said.

Each train would have 16 carriages - eight sleeper cars, a dining car, observation cars, and a staff car - and each journey would have a maximum capacity of 56 passengers.

The train would start in Auckland, and it was hoped the Bay of Islands would be its first stop, but that was dependent on the rail line being upgraded.

It would then travel to Tauranga, the Central Plateau, Hawke's Bay, Wairarapa and Wellington, before crossing Cook Strait by ferry.

From Picton the train would travel through Marlborough to Kaikoura, then through Canterbury to Springfield, before crossing to the West Coast and Hokitika.

The Antipodean Explorer would then travel to Dunedin and Invercargill.

The train would be shadowed by two luxury coaches for road excursions, with the company intending to offer trips to Queenstown.

The company - a New Zealand company with Chinese backing - intended to use Hillside to refurbish the carriages for the Antipodean Express, Mrs Johnston said.

"We're still working through the commercial negotiations for the project,'' she said yesterday, ``but it's absolutely our intention.''

Antipodean Explorer has bought 31 carriages. The remaining 15 cars would be pressed into service if demand for the luxury train journey warranted it.

Dunedin had been chosen for the work as there were not many places 31 carriages could be stored and worked on at one time, Auckland-based Mrs Johnston said.

The company was also aware of the engineering expertise and skill set in the city, as she and her husband, John, had studied at the University of Otago in the late 1990s and early 2000s.

Asked about how confident she was Antipodean Explorer would be on the rails in two years, as hoped, Mrs Johnston she said the company was a start-up, and a high-risk venture.

However the investors were ``really committed''.

Hillside had been a centre of railway engineering for decades before it closed in 2012, a KiwiRail decision to award an estimated $29million manufacturing contract to a Chinese company being the death knell.

However, KiwiRail had maintained heavy maintenance facilities at Hillside and the plant's foundry had been sold to Bradken which still operates it.

"There have been eight engineers there working on locomotive overhauls ... Hillside has continued to operate the whole way through.

"There would be no problems with it reopening, at all.''

"I would hope they will be back. I look forward to a reinvigoration of Hillside: it should never have closed in the first place.''

The union had been consulted about the tourist train proposal early on and it was entirely supportive, Mr Butson said.

"There's no negative downside: if we are able to reinvigorate rail transport in New Zealand that's all for the better.''

KiwiRail said it had been in negotiations for several months regarding access to the rail network and other commercial arrangements for the Antipodean Explorer.

"KiwiRail is keen to welcome new tourism ventures to New Zealand and views the proposed sleeper service as complementary to our Great Journeys of New Zealand tourism experiences,'' a spokeswoman said.

"All details of the negotiations are commercially sensitive.''

He said Dunedin would benefit from the carriages being refurbished here, and again when the train stopped in the city.

"We get the carriages, and then we get them back again.''

Hillside is in the Dunedin South electorate, and MP Clare Curran was involved in the 2012 campaign to try to prevent closure of the workshop.

Last night Ms Curran said she knew little about the luxury train proposal, but was delighted at any prospect of work being attracted to Hillside.

"There are people in Dunedin who have been talking about how we can re-energise Hillside as a rail engineering centre: any proposals are good, so I'm keen to hear more about it.

"The makings are there: it needs work and it needs a strategy, it needs a will and an investment.

"We need to make those things come together.''