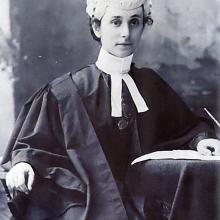 New Zealand’s first female lawyer, Ethel Benjamin, of Dunedin. Photo: File
The small room and adjoining bathroom that served as the original court office and changing room of pioneering lawyer Ethel Benjamin have been restored to what they would have been like when she used them.

Miss Benjamin, who was born in Dunedin in 1875, earned her law degree and was admitted as a barrister in 1897.

The room, which had served as a broom closet among other things over the years, was now kitted out with periodappropriate furniture, including original pieces of the trailblazing lawyer’s desk furniture.

Facsimiles of her letters and papers were also on display, and a cabinet featured photos, biographical notes and a timeline of her achievements.

A nearby mannequin features a robe and wig similar to what she would have worn in court.

The drive to restore the room had been spearheaded by women who worked in the court building.

Former disputes tribunal referee Jean Park was one of the first to champion the cause, and its most stalwart supporter.

Exhibits in the Ethel Benjamin room at the Dunedin courthouse. Photo: Peter McIntosh

She said that over the years the room had been used for the storage of cleaning supplies or rubbish, and she had long pushed for an effort to be made to mark the historic nature of the room.

Even after her retirement in 2007 she maintained contact with people at the court, and continued to agitate for something to be done with the Ethel Benjamin room.

Her prayers were answered this past summer when law student Ada Duffy earned a summer internship at the courthouse over the Christmas holiday break.

One of the tasks assigned to Ms Duffy was to get the room into order.

She had a surface knowledge of her historical predecessor’s achievements from her days at Otago Girls’ High School, but gained a new respect for her during the research process. 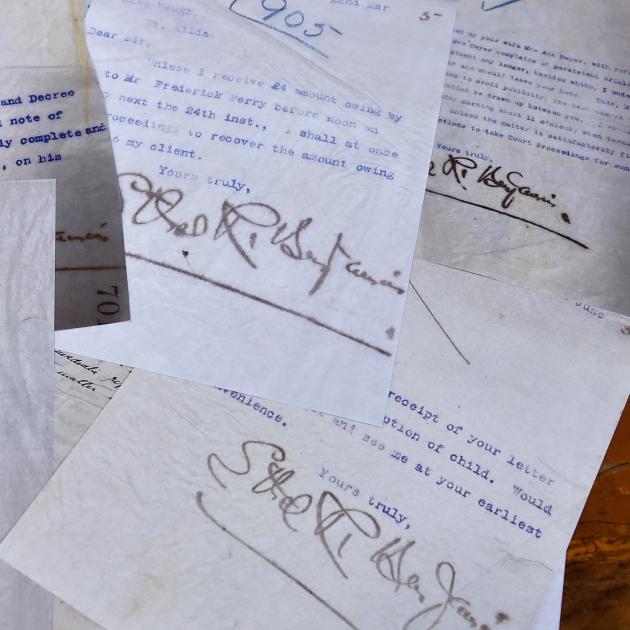 Exhibits in the Ethel Benjamin room at the Dunedin courthouse. Photo: Peter McIntosh

Work that she did around the care and protection of women and children particularly stood out.

Ms Duffy said her goal was to make it feel like it was Ethel Benjamin’s space again, and hoped people would learn something from the space.

‘‘I think that the thing that felt really important to me in this process is making a woman seen and empowered through an institution such as this.’’