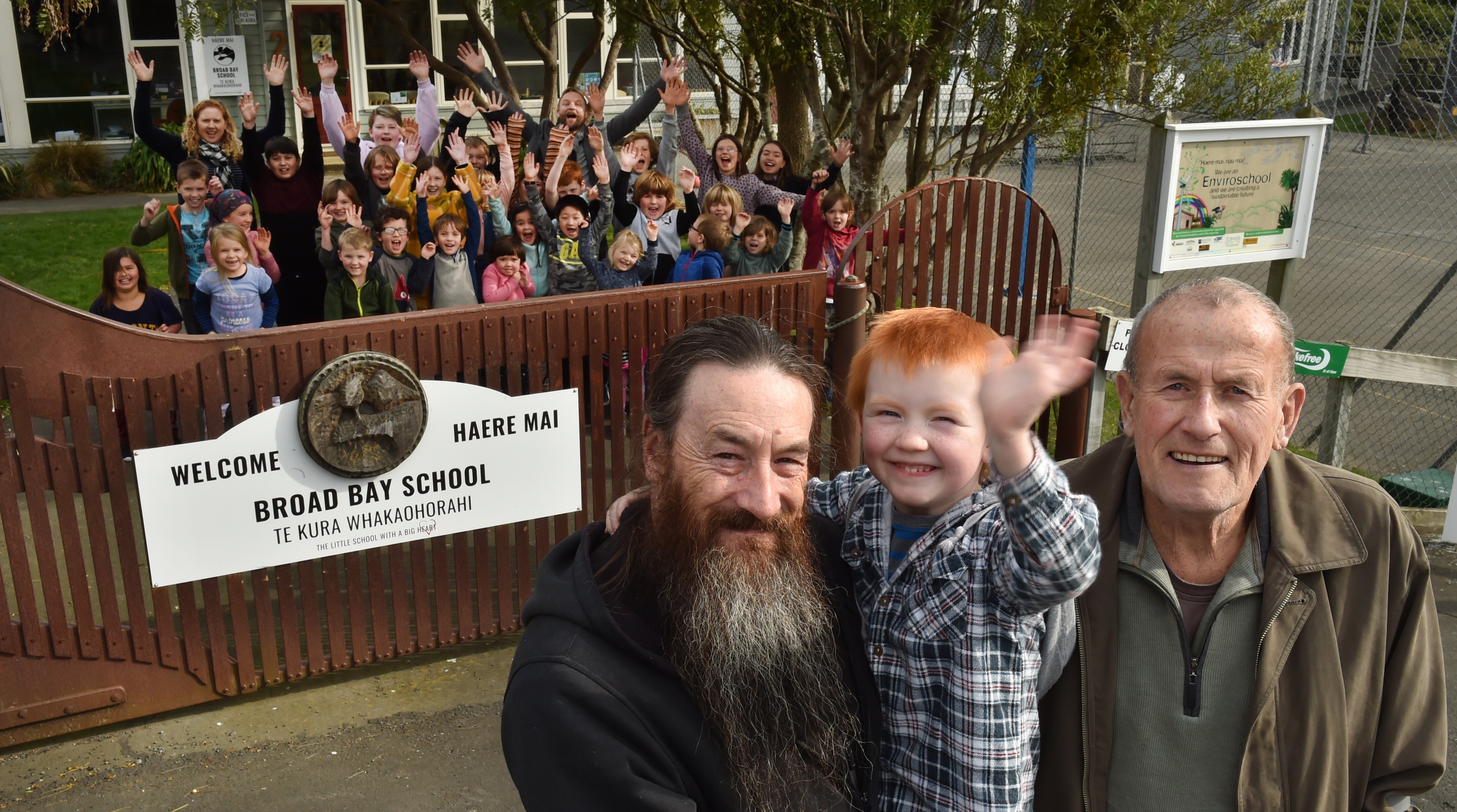 Four generations of the Stanley family have attended Broad Bay School, including (from left) Mike Stanley, son Jethro (5), and grandpa Bob Stanley. PHOTO: GREGOR RICHARDSON
Stories told by former pupils of Broad Bay School about their experience are the inspiration for a project aiming to document history.

The school is hoping to construct a three-dimensional model or sculpture of Broad Bay and Otago Harbour that will connect to the recorded oral histories of local people through QR codes.

Principal Greg MacLeod said he and other staff had been hearing stories from past pupils including members of the Stanley family - four generations who all attended the school - about what it used to be like, and wished there was a way to hold on to the stories.

"I was listening to the [Stanley family] great-grandfather speak and he had such wonderful stories to tell about his experiences at the school, and it stuck with me.

"I thought these kind of stories get lost, so the idea was planted to have a place where they can be parked and retained - this is a 3-D way of organising them."

The school submitted an entry to the Canon Oceania Grants outlining the idea, and was named as a finalist in the community grants category.

The school is one of only three finalists nationally, the only finalist in the South Island and the only school.

It is in the running to win $5000 of Canon gear and cash, enabling the school to start the project.

"Children can watch themselves grow, they might even be able to wear something like virtual reality masks and see themselves on film from five years earlier.

"It will be a rabbit warren of connectivity, sort of a repository of evidence."

It was hoped a local sculptor would create a permanent structure of the harbour with QR codes on it that "the kids could enjoy climbing on and interacting with", Mr MacLeod said.

Dunedin computer graphics company Animation Research had expressed interest in the project, and it was hoped organisations such as the Dunedin City Council, Creative NZ and community grants would support the project.

With support it was hoped the map would be unveiled in 2022.

Voting opens at noon today on the Canon website.