Hobbs out of ORC either way 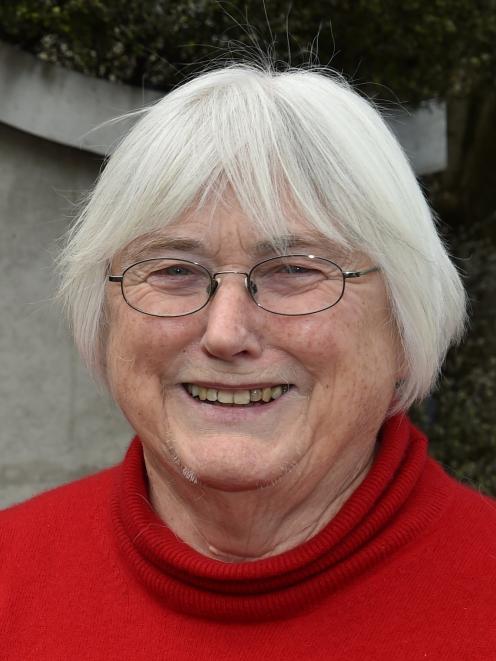 Marian Hobbs’ time as an Otago regional councillor is set to end.

The outspoken councillor of two years has promised to step down if Government commissioners do not take over the council.

It means, either way, her time at the council table will be done.

Other councillors have spoken about Cr Hobbs’ decision to sign a petition calling for councillors to be ousted and replaced with commissioners, saying she appeared to be upset because she was not getting her own way, but that was how council decisions went sometimes.

The unrest has followed councillors’ decision last week to not note council staff’s preferred minimum flows for the Manuherikia River, after concerns arose about ‘‘incomplete science’’.

Cr Hobbs was among several councillors who, in a letter to Environment Minister David Parker, alleged conflicts of interest, predetermination and unnecessary delays in noting minimum flows for the river.

She then went on to sign the petition created by Central Otago Environmental Society chairman Phil Murray.

Yesterday, Crs Hilary Calvert and Kate Wilson said Cr Hobbs seemed to not like it when things did not go her way.

‘‘If a decision does not go your way, you suggest that the people making decisions that are faulty and flawed and that they should be thrown out,’’ Cr Calvert said of Cr Hobbs.

Councillors were following Mr Parker’s requirements and felt the role of councillors was important in ensuring government demands were right for the region.

Cr Wilson said Cr Hobbs had been quick to allege conflicts, but seemed to have her own views, predeterminations and bias.

When deputy chairman Cr Michael Laws was asked what he thought about Cr Hobbs signing the petition, he said only two words: ‘‘Toys. Cot.’’

Cr Kevin Malcolm said ‘‘an honourable politician would take the democratic loss on the chin’’ and it was disappointing some councillors were insulting others’ integrity, and that Cr Hobbs was demanding government intervention.

Cr Gary Kelliher said some council decisions were tough and some were very easy.

‘‘If Marian thinks now is a good time to say, ‘If I don’t get my way I will resign or retire’, then perhaps that would have been useful for her supporting voters to have known at election time,’’ Cr Kelliher said.

Cr Hobbs defended herself by accepting she did not get her way.

‘‘... but my way was the way for the river. If it was a question of something more minor, I would not be making such a fuss, but this has gone on for years.’’

If Mr Parker’s decision was not to bring in commissioners she would resign, she said.

‘‘I do not trust my colleagues to do the right thing by the river.’’

Four councillors share Cr Hobbs’ concerns about delaying and conflicts of interest, but are less sure about commissioners.

Cr Michael Deaker had no plans to sign the petition himself, but said he was ‘‘impatient’’ about councillors’ inability to note a minimum flow for the Manuherikia.

However, talk of commissioners at this stage was ‘‘premature’’, Cr Deaker said.

Cr Bryan Scott believed in local democracy, but he also expected that it followed national policies and rules.

Cr Gretchen Robertson shared Cr Scott’s belief in local government, but stressed that privilege and responsibility came with the role of being an elected member.

‘‘We need to ensure we maintain high levels of integrity and ensure that everyone who wishes to have a say feels that they will be heard.’’

Cr Alexa Forbes also did not feel bringing in commissioners was the answer.

‘‘We are dysfunctional when it comes to making decisions around water, but I think we operate reasonably OK when we do anything else,’’ she said.

However, there did need to be scrutiny over decision-making around water, she said.

‘‘I suspect our decision-making around water is full of delays, confusions and casting doubts on science.’’

Chairman Andrew Noone said it was Cr Hobbs’ ‘‘prerogative’’ to sign the petition, but declined to comment further.

Cr Carmen Hope could not be reached for comment.

Toddler political maestro says: "Two words: Toys. Cot."
I say: "Five words: ORC. Hopeless. Deceptive. Environmental vandals."
They're focused on the needs of farmers and commercial interests. Our elected OR councilors are pandering to their current, transitory, personal profit desires. They're questioning science as we've seen some tRump etc. do recently, to meet their needs. Are any of our elected councillors qualified scientists?
Hello???!! ! The Environment.
Listen. To. Science. Experts.
Be. Guardians. Of. The. Environment.

'Tot, cot', sums up both Hobbs and some of her supporters. Goodbye!

It’s a shame the other Councillors will not do the honourable thing and fall on their swords. But then why would they when they are raking in significant income at the ratepayers expense. In truth very few of the councillor or staff have qualifications that are appropriate for the work they are required to do. This has been demonstrated in their failure to deliver much of their statutory duty to protect and enhance Otago’s environment. It would be interesting to know how much this fiasco is costing Otago ratepayers?

Surely that is up to the voters at the next council elections. That is what democracy is about; not crying to the minister when you can't get your own way.

I think Cr Hobbs would do well to consider the people that had voted her into council. They wouldn't expect her to throw her toys when things don't go her way. She is paid and has been supported to represent the community and is charged to do this by those who have nominated her. She's taking it too personally. Maybe then, in this frame of mind....she is better to move on and leave it to those who are more considered in their approach. And no, i'm not a supporter, nor did I vote for her.
If the majority of the ORC councillors see a need for more detail and a need for more time for considersation, then so be it......some decisions are too important to rush into.

Seems she tried to use lefty cancel culture on the council but it backfired for once.