Hope surgery will get Harry on his feet

Harry Finch's legs may be out of action, but that's not stopping him from using his arms to pack his bags for some life-changing surgery.

The Abbotsford 3-year-old has spastic diplegia cerebral palsy, which means the muscles in his legs are always contracted, making it impossible for him to learn to walk.

He is going to St Louis Children's Hospital, in Missouri, in the United States, on Friday, for surgery to release the muscle tension.

His father Hayden said the surgery would take place next Tuesday. 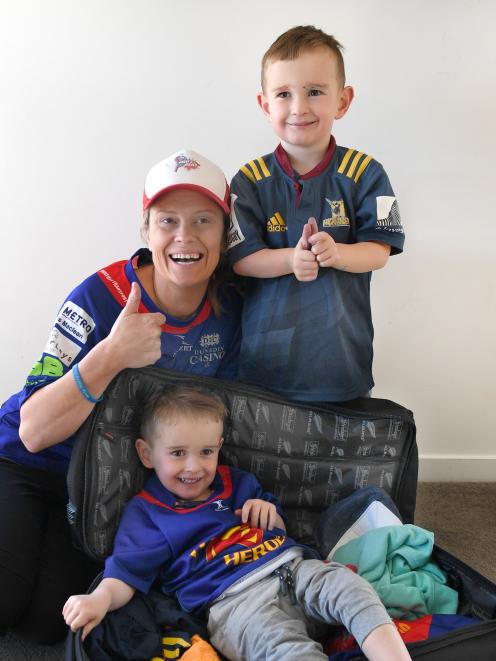 ''They will do a selective dorsal rhizotomy (SDR). Basically, they go through his spine and find the nerves that cause the spasticity in his legs.

''Then they singe those nerves, which will get rid of all that muscle tightness in his body.

''At the moment, his muscles are pretty tight and his legs are constantly crossed.

''It will really help. It will pretty much bring him back to baby-strength, muscle-wise.''

He said it would not be an immediate fix allowing Harry to walk back into New Zealand.

Rather, he would have to undergo physiotherapy four times per week, for the next five to seven years.

''It will build that strength and give him that ability to stand and walk unaided.''

He said many of the people who had undergone the surgery, had had positive outcomes.

North Otago girl Charlee McLachlan (6) had SDR surgery at St Louis Children's Hospital in April 2017, and has exceeded all expectations in terms of recovery and her ability to perform everyday tasks and activities.

Mr Finch hoped Harry could be walking on his own within the next couple of years, but it was too early to be sure.

''We just don't know how long it will take.

''It will give him so much more freedom. So however long it takes, it doesn't matter - as long as we get to that point.

''Getting him standing on his own is the first goal.''

The surgery is the culmination of about six months of fundraising.

About $150,000 was needed because the surgery and physiotherapy are not funded in New Zealand.

He was surprised how quickly the target was met, and said donations were still being made.

''Every extra dollar that comes in will help Harry further down the track.

''We're so grateful to all those who have supported us and donated money.''

Mr Finch said it would be worth every penny to see his son up and running around with his twin brother Ollie.