Hopes held plan will be allowed 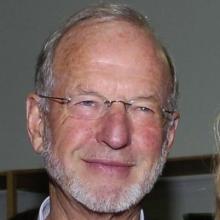 Tom Richardson
A Dunedin  property developer hopes his plans to allow a young couple to build on an under-size block on Dalziel Rd may come to fruition, despite a planner's recommendation to decline consent.

RPR Property director Tom Richardson said changes to his application that cut the sites to be changed from two to one, and more detail that had been provided to a hearings committee, could change the planner's decision.

The application for a boundary adjustment to allow building on the site follows a Dunedin City Council hearings committee decision in April to decline consent to subdivide 16ha of land, meaning a 34-lot subdivision proposed for Dalziel Rd could not go ahead.

That meant a couple who planned to build on one of the sites could not do so. However Mr Richardson said the decision was under appeal.

The appeal had been delayed until April 1 next year, while the council works on its second generation district plan (2GP), which may change zoning for the area and make it unnecessary.

The applicants, RPR Properties and Krenford Holdings, wanted the boundary adjustment on one lot to allow the couple, who had signed a sales and purchase agreement before the consent was declined, to move on to 2020sq m of land.

Tomorrow a hearings committee of Crs Andrew Noone and Andrew Whiley, and commissioner Colin Weatherall, will sit to consider the matter.

The land already has consent for a nine-lot development, granted in 2012.

Mr Richardson said in return for the boundary adjustment, the companies would surrender one of the existing titles.

He said when the recommendation to decline was made, there were going to be two sections on the boundary, but that had changed to one.

As well, the council had been given more detail on mitigation, such as plantings and fencing, and he hoped the planner might change his recommendation.

At the hearing that resulted in a declined consent in April, 27 of 44 submissions opposed the development.

There was concern from those making submissions if the committee approved the consent, it would have set a bad precedent by allowing a residential subdivision in a rural zone.