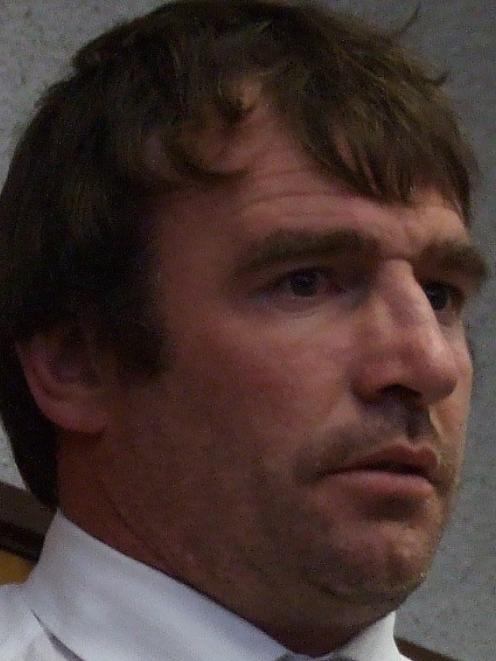 Andrew Hore
Former All Black Andrew Hore's appeal against a firearms conviction has been dismissed.

Hore (37), of Patearoa, was convicted in the Alexandra District Court last Thursday of supplying a firearm to an unlicensed person in Paerau on May 2. He was fined $400, with court costs of $130.

An appeal was immediately lodged and was heard by Justice Rachel Dunningham in the High Court at Dunedin on Tuesday. She reserved her decision.

Hore and his counsel, David Robinson, were seeking a discharge without conviction to allow the former All Black and Highlander to attend the Rugby World Cup in the UK, where he had work available.

He and his wife, who is British, also planned to have their children christened during the overseas trip.

Mr Robinson argued the consequences of the conviction far outweighed the gravity of the offence.

Hore was unaware the man supplied with a gun did not have a licence, although he should have checked, Mr Robinson said. The shotgun was used responsibly and only a couple of shots were fired.

Releasing her decision yesterday, Justice Dunningham said she found there were no grounds for the appeal to be granted.

''In this case, in balancing the consequences of conviction with the gravity of the offending, I conclude that, while the consequences are perhaps greater for Mr Hore than for some persons, they cannot be said to be `out of all proportion','' Justice Dunningham said.

''This is not a case where Mr Hore's livelihood is at stake, or where his ability to travel for family reasons are likely to be permanently affected.

''Ironically, because the offence is at the lower end of the spectrum and attracted only a modest penalty, the evidence suggests it is unlikely to prove a lasting barrier to travel to the country which is of most significance to Mr Hore's family, being the United Kingdom.''

UK immigration rules state a person should normally be denied entry if they have received a non custodial sentence within the last year, Justice Dunningham said.

Therefore, there was no real or appreciable risk Hore would continue to be denied entry after 12 months.

The ''general consequences'' of a conviction were raised by Hore in his appeal, she said. Those were the stigma of conviction, the loss of self esteem and pride and the impact of a conviction on his future prospects.

However, Hore had previously dealt with a conviction, in 2005, which ''put in doubt whether some of the alleged consequences asserted by Mr Hore would be as significant as was suggested''. Mr Robinson said yesterday he did not rule out taking the matter higher.

''We need to review the decision and have a think about it,'' he said.

In 2005, Hore, along with two other men, was fined $2500 for shooting at and killing a protected fur seal on the Otago coast in a prosecution brought by the Department of Conservation.

Hore was granted diversion on a firearms charge after paying $500 to charity, forfeiting the firearm and voluntarily surrendering his firearms licence for two years.

The latest charge followed a police investigation into an incident in May when a man was injured when a gun discharged after it fell off an all terrain vehicle.