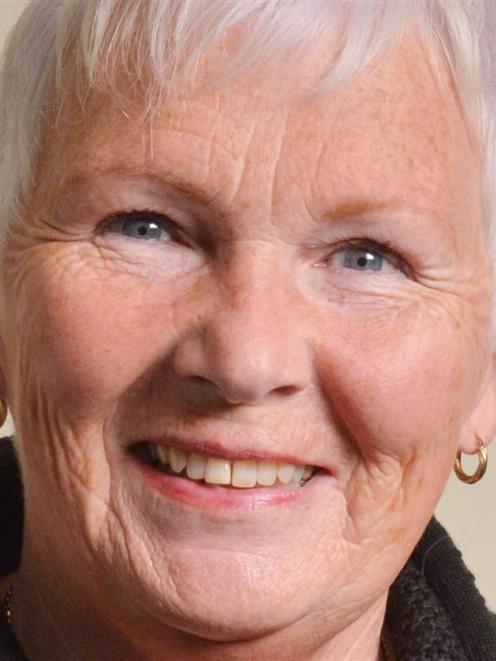 Mary Gamble.
A former Southern District Health Board member has spoken out about the hospital kitchen outsourcing, saying she wishes she had voted against it, but at the time felt there was little choice.

"It was a Government directive at the time,'' Kaye Crowther said.

"They wanted us to go down that path. That's where we were led.

Mrs Crowther, of Invercargill, was speaking before a protest in Dunedin on Friday, which will call for the Compass Group's 15-year food services contract to be terminated.

Mrs Crowther said she wished she had "voted the same as Mary Gamble'', an outspoken member who publicly warned against the move.

"Some of us wrestled with ourselves about it.

The outsourcing was approved a month before the entire board was sacked by Health Minister Jonathan Coleman last June, because of its deficit, and replaced with a commissioner.

Mrs Crowther said people should feel indignant about the removal of board members, a situation that is about to be extended by three years under a Bill now making its way through Parliament.

Contacted yesterday, Mrs Gamble, who now lives in the Marlborough Sounds, said board members, especially the elected ones, had let down the community.

"The public was telling us they didn't want it.

"It was so obvious that it wasn't a good thing.‘‘I kept saying to myself: ‘Have they been bought off or something'?''

Mrs Gamble said she had many "unanswered questions'' about last May's outsourcing vote.

Only one other board member, Dr John Chambers, voted against the move.

"I have huge disappointment in my fellow board members, that they didn't listen to the wishes of the people who put them there,'' Mrs Gamble said.

Dr Chambers said he planned to attend the protest.

"It's all very disappointing, the problems that seem to have arisen.''

"It doesn't quite look like the pictures in the brochures [the board was shown],'' Dr Chambers said.

Fellow sacked board member Dr Branko Sijnja said the board was under pressure over its deficit when it made the decision.

"We knew that the public were not keen on losing jobs.''

In hindsight, he would probably vote against outsourcing, but he was acting on the advice he had at the time.

"People have a right to march and they should if they feel [strongly] about it,'' Dr Sijnja said.

The contract needed to be scrutinised to ensure Compass was meeting expectations, he said.

Sacked board member Richard Thomson, who is now a deputy commissioner at the board, said he could not comment.

Sacked board member Tony Hill, of Queenstown, said the protest was a "storm in a teacup'' and most patients were satisfied with the meals.

He believed the protest was politically motivated.

The ODT also asked Dunedin Mayor Dave Cull for comment, but he said he did not have a position.

Before the vote last year, he had had concerns about its effects on Dunedin.

"I don't want to be quoted as being not concerned about this, or that my concerns have been addressed from last year. I simply don't have a position on it,'' Mr Cull said.

"Partly that's because I don't know enough, and there's conflicting information out there, mostly because it's not a ratepayer issue.''

A spokeswoman for Southern District Health Board said staff are able to attend the protest, as long as it was in their own time.

Three political parties have teamed up to form the Real Meals Coalition, along with unions and Grey Power.

It follows a rocky implementation period for the Compass Group's new menus in hospital wards, meals on wheels and staff cafes.

Compass last week hit out at the protest organisers, saying it was disappointed to see its meals being "undermined'', and it was providing food of good quality.

A survey of Dunedin Hospital patients showed a 75% satisfaction rate with the meals.