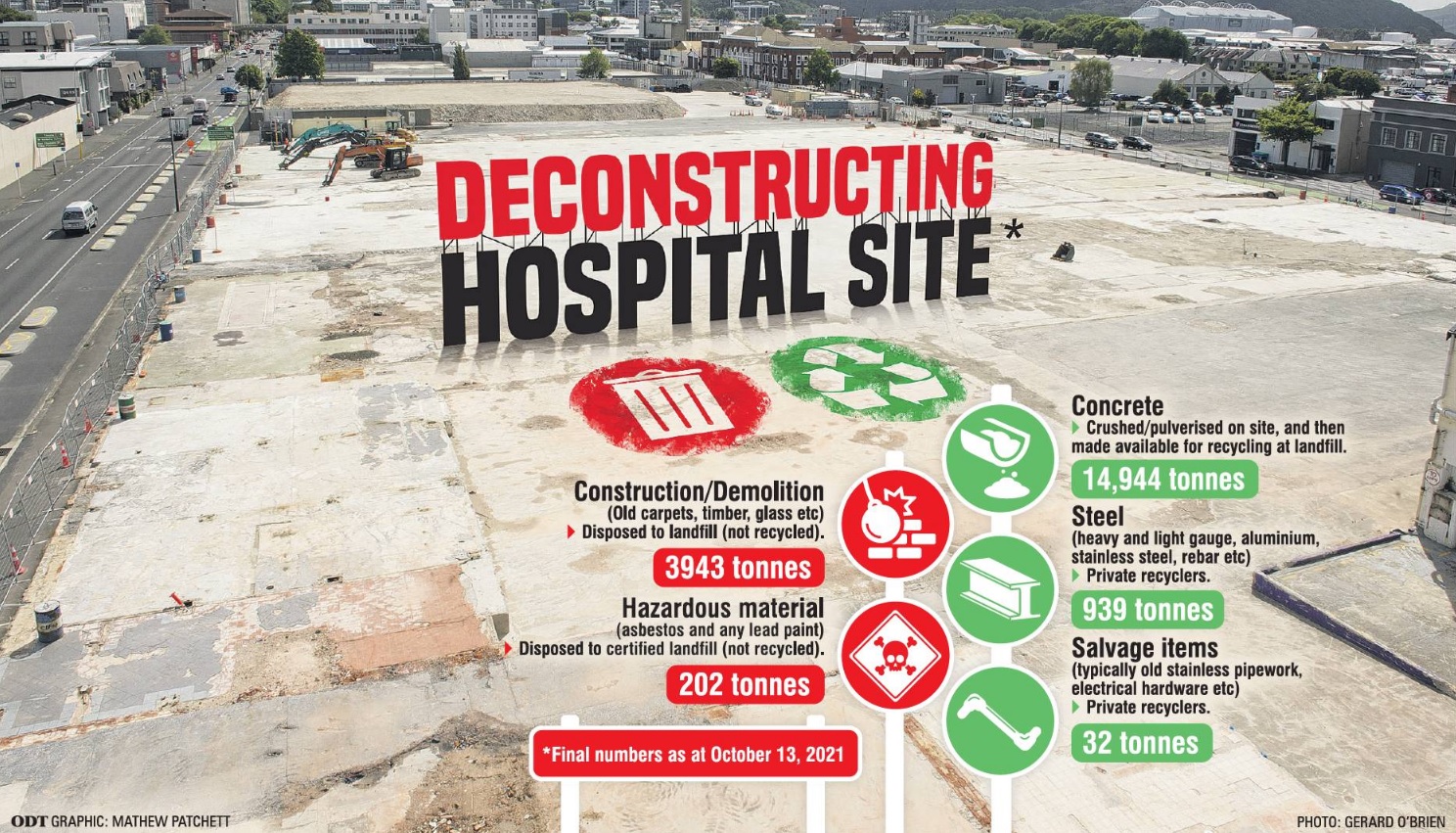 The big crane has left town and the diggers have been parked up where one day the new Dunedin Hospital will stand.

In late November the major above ground demolition work ended on the $1.47 billion project, and the former Work and Income building and historic Cadbury factory have been levelled.

Few traces remain of what stood on the inner city sites a few short months ago, Christchurch-based demolition company Ceres having done an efficient job of bowling the structures which were there and then trucking away the debris.

The process seemed a smooth one, but hospital project programme director Mike Barns said it took months of planning. 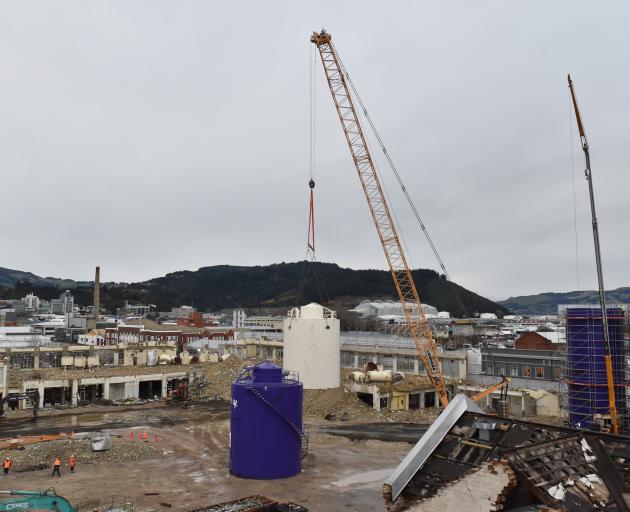 The silos are taken down in August 2021. PHOTO: GREGOR RICHARDSON

"I have been a part of all sorts of projects in both Auckland and Wellington which were in the heart of a congested CBD and this project has gone amazingly well," he said.

Ceres put a vastly experienced team on to the Dunedin job, a crew which had carried out urban demolition jobs throughout New Zealand, including a substantial amount of work clearing up after the Christchurch and Kaikoura earthquakes.

Ceres operations manager Swaroop Gowda said it was very rare in New Zealand for a job the size of clearing two central business district blocks to be tendered.

"This project was probably the most complex demolition contract ever awarded in New Zealand that I am aware of — it is certainly the largest contract that Ceres has done, and it involved three different types of demolition technique."

As well as "cut and crane" work, exemplified by the highly anticipated and much-watched gradual removal of the Cadbury chocolate silos, demolition crews removed parts of the structures both from the bottom up and from the top down.

The dozens of Ceres staff on site, plus contractors and other workers, spent about 98,000 hours combined working on the demolition.

As well as recycling more than 16,000 tonnes of material — well above the project’s 70% target — and removing just over 20,000 tonnes of hard waste material, Ceres recovered kauri beams, bluestone, and historic artifacts such as Hudson & Co log books which dated back to 1899.

Mr Gowda said the demolition progressed without any major incidents or surprises, although workers did find more asbestos than expected and some unexpected contaminants in some of the pipe work.

A Covid-19 Alert Level 4 lockdown in the middle of demolition also delayed proceedings for a few weeks, but not critically.

THE most difficult issue, he said, was that the site was bound on either side by state highways, thoroughfares which Ceres had agreed it would do its level best not to disrupt.

"We had to plan how we could do the job without touching the state highways and we decided to use the big crawler crane that everyone called ‘Stretch’ and then having the diggers come in behind.

"We followed that plan to the letter." 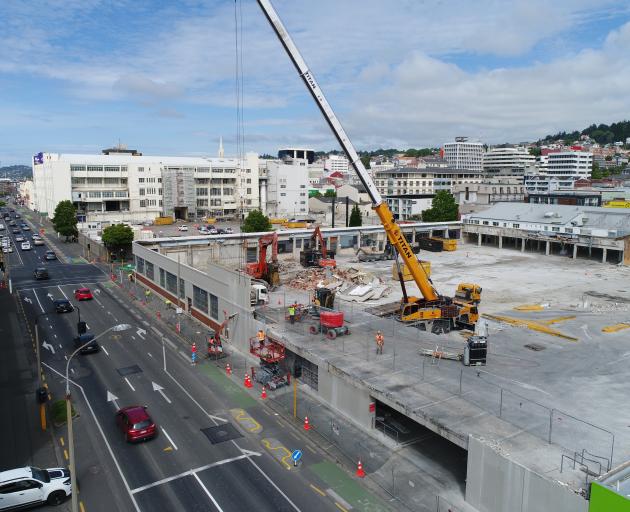 The site of the former Wilsons parking building is cleared in November 2020. PHOTO: STEPHEN JAQUIERY
The large plots of land being cleared were a boon in that respect, as there was clear land available to drag walls down into, rather than having to knock them down from the outside.

"We largely let gravity do the job and deconstructed the building in the opposite way to how it would have been built," Mr Gowda said.

"We planned the demolition in such a way that all the diggers and excavators were able to work from within the site, and if space wasn’t available for demolition work we could made it."

While the former Cadbury site is now mostly levelled, several buildings remain on the former Work and Income site which will eventually house the inpatient building.

That is the smaller of the twin hospital buildings and the land the existing buildings is on is not yet needed — they are intended to be offered to contractors for office accommodation during construction.

"The outpatients building is a slab above ground so you just work your way through those slabs to put your piles down and for your groundworks.

"If we would have got away with it we would not have made a hole but unfortunately we were required to do so."

An excavator fills a truck with rubble from the demolition site. PHOTO: GERARD O'BRIEN
The rubble still on site has been left there as a platform for piling machines to rest on, and contractors hoped some or all would ultimately be usable as fill somewhere else on the site.

The fast-track consent for earthworks and foundations was issued on December 23, and that work will begin early this year.

There was a lot of invisible work going on now, that would manifest itself soon, Mr Barns said.

"It is a hospital for Dunedin and we are here to build a hospital for the city so we decided right from the get go that engagement all the way through was very important."

There were community workshops at the consenting stage, and would be more at the design stage "to ensure that we are taking them along on the journey".