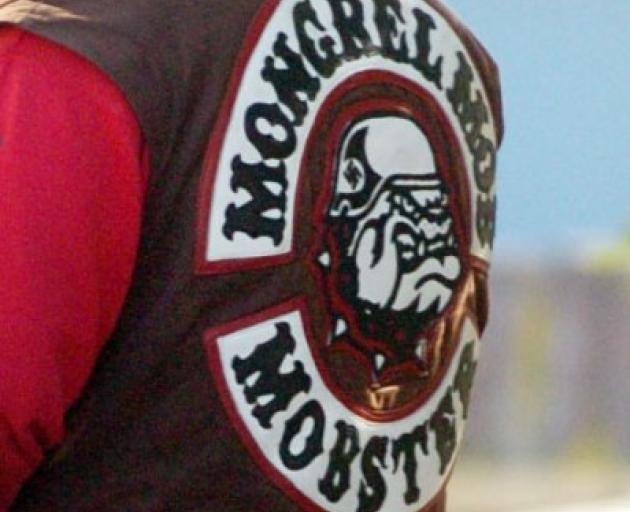 Photo: ODT files
The number of gang members and prospects in Otago and Southland has skyrocketed, rising 61% in less than two years.

Deported Australian criminals have been blamed for the increase, and for bringing new levels of sophistication and international networks with them.

In October 2017 there were 134 patched gang members or prospects in the Southern police district.

By the end of August this year, that had increased to 217.

It was the second-biggest increase in the country, behind Tasman's 82% jump.

Northland was the only policing district that had fewer gang members over that period, dropping 2%.

Otago Coastal Area prevention manager Inspector Wil Black said he had not seen the numbers, but a 61% increase was ''huge''.

The Mongrel Mob was still the biggest gang in Dunedin ''without a doubt'', and it also had a strong base in Mataura, he said.

But the city had a ''splattering'' of most gangs, including Black Power and the King Cobras.

Criminals deported from Australia had also been added to gang ranks, and brought with them more sophisticated operations and networks throughout New Zealand, Australia and Asia, he said.

Gangs were also trying to change the way they presented themselves to the public, boosting their image through initiatives like the Mongrel Mob's Heil's Kitchen healthy eating project.

But Insp Black said they were still responsible for peddling drug-related harm at the same time.

Between May 24, 2018 and the same date this year, 65 people recorded as gang members or prospects were charged with a crime in the Southern police district.

He said Balclutha police told him they had ''quite a number of individual'' members of various gangs, rather than any ''big gang pads''.

The situation was similar in Gore, but there were a few members of the Bandidos believed to be in the area, he said.

It was believed some gang members incarcerated at the Otago Corrections Facility near Milton were having their families move south so they could stay in the area when they were released, Mr Hudson said.

While fingers were being pointed at criminals deported from across the Ditch, he said it was a ''homegrown issue''.

He claimed the Government was spending too much time trying to ''get along'' with gangs and gang leaders, rather than cracking down on them.

That was strongly denied by Police Minister Stuart Nash, who said he refused to meet gang members because he did not want to give them any status.

The growth in gang numbers was linked to the ''explosion'' in the methamphetamine trade over the past decade, Mr Nash said.

He described a ''trade war'' going on between the Bandidos, Head Hunters and Comancheros over who would control that trade.

''A large part of the growth in the methamphetamine trade and gang recruitment can be traced to criminals deported from Australia, which began under the previous government.''

''As part of the government investment in 1800 extra police, 700 officers will be specifically assigned to crime prevention and organised crime and gangs.''