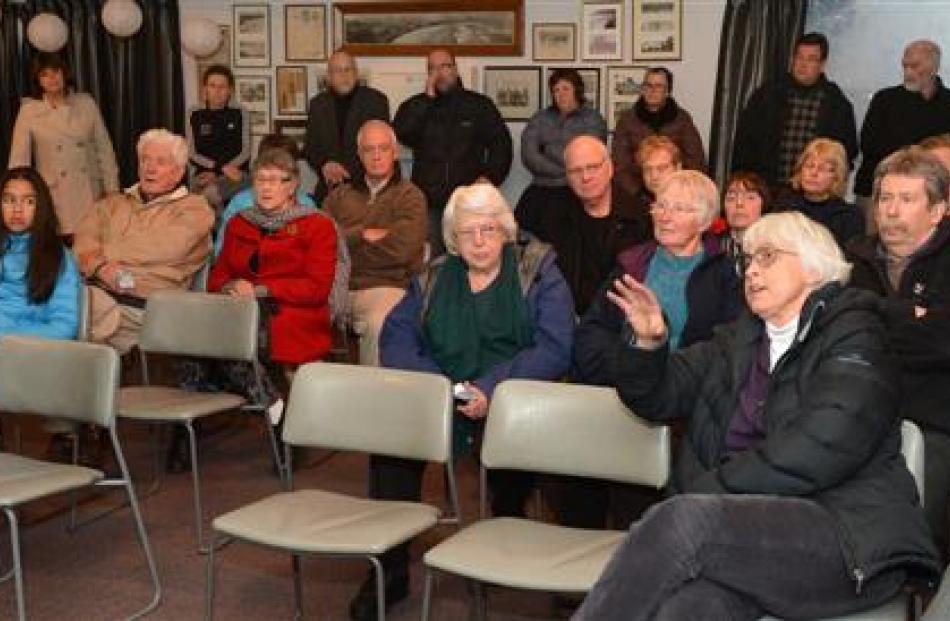 Some of the meeting's audience. 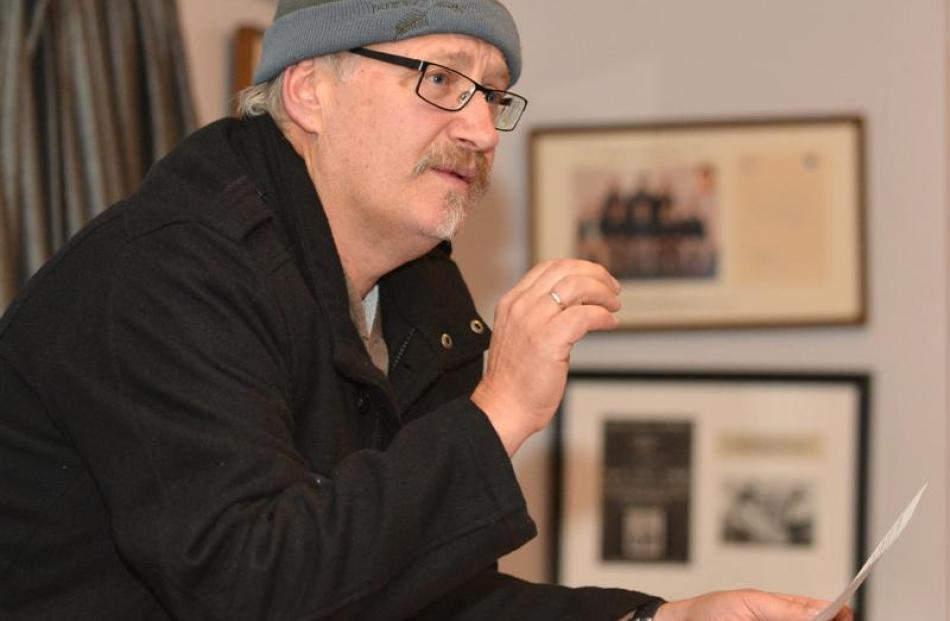 Meeting chairman Rene Lammers talks to residents at a St Clair meeting called to hear the community's response to plans for a cycle/walkway on Victoria Rd. Photos by Peter MCIntosh.

Opposition to the St Clair leg of the $4.5 million South Dunedin cycle network was anything but united last night.

A meeting to ''put the Dunedin City Council on the right path'' heard strong opposition to a shared cycle/walkway on Victoria Rd, but a wide variety of views on what should replace it.

Residents originally met mid-last week, with concerns about a plan that would see the loss of 38 car parks near St Clair businesses due to a cycle/walkway that was described last night as ''absolutely horrific''.

But organisers of last night's meeting found little support for part of their petition, which called for an alternative cycle track along nearby sand dunes.

There was clear support for safe cycleways, as well as arguments the loss of parking might not be such a bad thing.

And organisers, and many in the 40-strong crowd, were placated by city councillors who turned up and told them any decision was some way off.

Rene Lammers ran the meeting, which followed a recent council letter drop in the area that put the option forward.

Some residents were alarmed by the letter, which called for responses by Friday this week and said a final decision would be made in June.

Mr Lammers introduced a petition opposing the idea and supporting a track along the sand dunes.

However, resident Gabby Morris disagreed with that plan. She said she wanted to use cycles to commute, and wanted ''the most efficient track'' for that purpose.

Others called for measures to slow traffic so roads could be shared, while cycle advocacy group Spokes Dunedin spokesman Dr Robert Thompson said there were ''a lot of people who would like to ride but don't feel safe''.

Providing an area away from traffic would allow that.

But councillors at the meeting, including Richard Thomson and Andrew Whiley, told the meeting no decision would be made quickly.

''I would doubt very much anything would be pushed through at the next meeting,'' Cr Thomson said.

Mr Lammers said after the meeting he still thought the option was ''ludicrous and dangerous''.

But he accepted the councillors' reading of the situation, and a revised version of the petition, merely opposing the option.