'Incredible privilege' to be named CEO 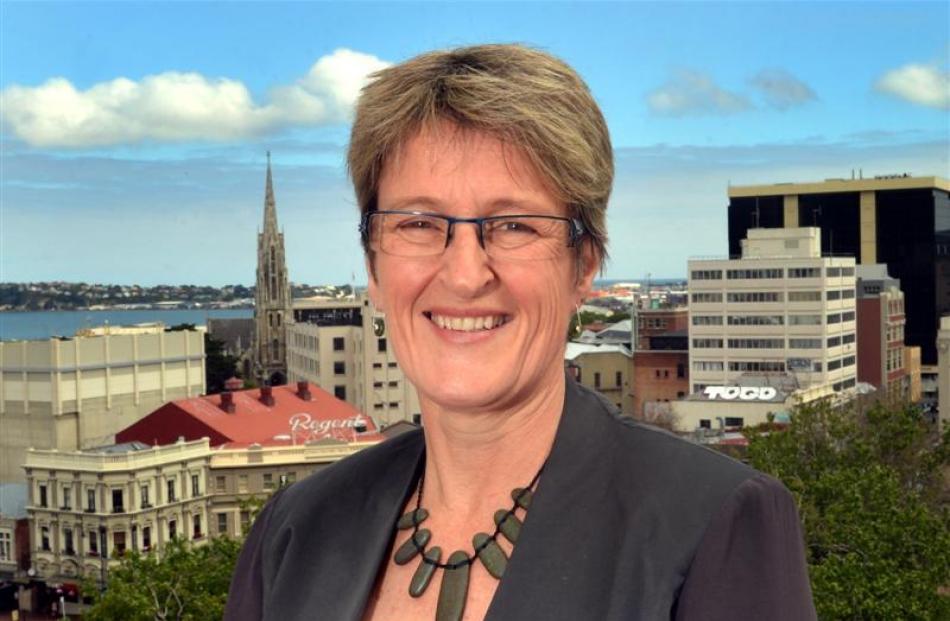 The Dunedin City Council's first female chief executive is pleased to be taking over in tough times.

She will officially take up her new role on Saturday - her 52nd birthday - to become the council's first female chief executive.

Dr Bidrose told a media conference the milestone, while ''kind of nice'', meant less to her than her own ability to do the job.

''I'm professionally equipped to do the role. That matters more to me, personally.''

She was also excited, rather than perturbed, by the financial constraints and challenges facing the organisation.

''That's the best time to be a chief executive, I think. That's the time that really tests your mettle.''

She had fallen in love with the city during a visit in 1990, and ended up staying to study, before eventually leaving, only to return to work for the council in 2010.

It was an ''incredible privilege'' to be named chief executive and to succeed Mr Orders while leading staff ''who are pretty committed ... to the path that we are going down'', she said.

''There's a real joy in leading that, actually.''

Mayor Dave Cull, flanking Dr Bidrose at yesterday's announcement, said he was ''delighted'' by the outcome.

''Dr Bidrose has been performing at a very high level for the three years she has been with the DCC.

''She continues the tradition of a chief executive with a highly developed sense of the responsibilities of public service. I am very confident she is not only extremely competent, but is of the utmost integrity.''

Mr Orders said he, too, was ''delighted for Sue''.

''She's been an integral part of the council's management team over recent years. I consider her to be an exemplary public servant. She has integrity, excellent management skills and a deep knowledge of local government.''

Her appointment came after it was confirmed in September that Mr Orders planned to return to Wales to become Cardiff Council's next chief executive.

The recruitment drive to find his replacement prompted 31 applications, including eight from outside New Zealand, of which a shortlist of two was presented to councillors on Saturday.

Dr Bidrose will take over as the council continues a savings drive designed to help keep next year's rates rise to no more than 3%.

She said the council's finances would remain a ''real focus'' for staff under her leadership, although there were no plans to follow in Mr Orders' footsteps by quickly implementing significant changes.

Instead, the council in many areas needed to hold the course introduced during the last council's three-year term, while keeping the ''foot to the floor'', she believed.

''We're on a path ... and I'm quite comfortable that my appointment signals an ongoing commitment from the council to continue us down that path.''

She wanted to help make the city an attractive place to live for skilled and talented young people, to foster economic growth, and continue the council's more open, transparent relationship with its community.

''I'll be keeping us firmly marching in that direction.''

Mr Cull stressed Dr Bidrose was not hired just to follow in Mr Orders' footsteps, although there was ''an element of implementation and consolidation about it [her appointment]''.

''We hired her because of her skill and competencies and we expect she will do things in her way, and we're very confident that that'll be a very good way.''

Dr Bidrose joined the council in November 2010, after five years as a senior manager at the Waitakere City Council, before which she held senior policy and management roles within the Ministry of Social Development.

She gained a PhD in psychology from the University of Otago and held trusteeships, directorships and board positions, including as a director of Workwise, assisting people with mental illness into work.