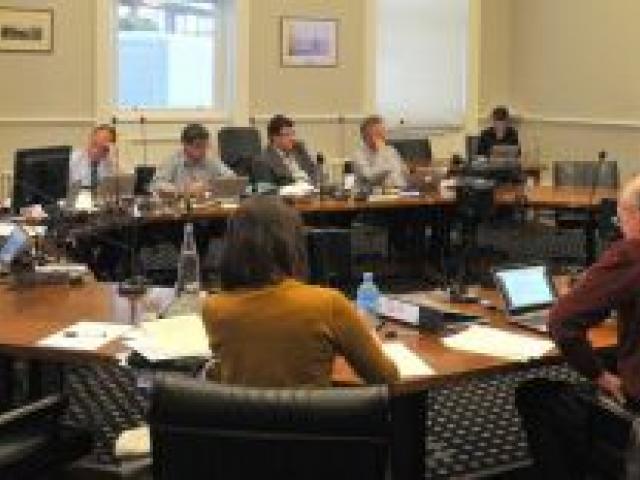 Mr Weatherall said he had reliable evidence of this.

The council received more than 4200 submissions on the draft Lap, the vast majority on forms supplied by bar owners and the hospitality industry.

The industry strenuously denies the claim and asked Mr Weatherall to provide evidence.

He is expected to do today.

Mr Weatherall was submitting on behalf of the district licensing committee (DLC), which will be guided by a Lap, if adopted.

The DLC could not comment on the Lap, but he said if enticements had had an influence, no matter how small, he had a responsibility to highlight it.

He did not think the majority of venues were involved.

''I'm not saying it disqualifies thousands of submissions. It is up to the councillor committee to decide how much weight it gives the information.''

Twenty submitters made their appeals to councillors yesterday, the first of seven days of hearings.

The council's proposal would ban drinking at outdoor tables after 11pm and shots from midnight.

A one-way door policy would operate from 1am. Inner city bars would close at 3am.

Almost all the 11 industry people who spoke repeated previous concerns, including that cheap booze sold at supermarkets was largely to blame for alcohol-related harm and the proposals would negatively impact their businesses.

Rob Dale, the owner of three student bars, said the policy could ''unleash a beast'' and push people into dangerous street parties and the one-way door policy was effectively an earlier closing.

''If this came in, I would have to close immediately.''

Progressive Enterprises representative Kate Porter said the company was not opposed to the proposed off-licence 10pm closing time, but was concerned proposed density rules would affect existing and future businesses.

Sarah Donald, from the South Dunedin Social Sector Trials, was one of several submitters to urge the council not to read too much into the industry response.

It worked well and enhanced night life in the area by encouraging people back who had stayed away due to previous alcohol-related behaviour.

Dr Davinia Thornley, in an emotional submission, wished people would stand up and take a look at the damage alcohol did and not accept it as the norm.

That would take some top down regulation, as well as some personal responsibility.