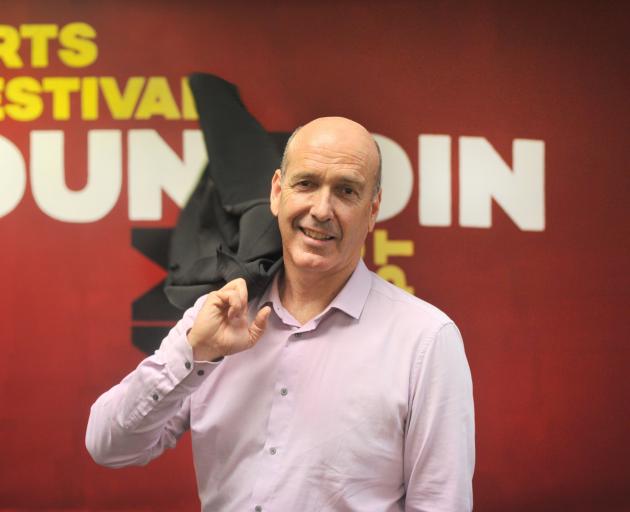 Festival director Nicholas McBryde, who has resigned once before, said it was time for someone else to pick up the baton.

He stepped aside in 2010, but was asked to return for the 2014 event after financial problems following in the wake of the only festival he did not organise.

Mr McBryde said yesterday it was time for a change.

''The significance, for me, of the 10th anniversary seemed like a really clean, simple and nice sort of time to make that break.''

''It's the best job and the worst job that I've ever had, that's the nature of this game.

The 61-year-old said it would be nice to let a younger person have a go.

He said he had nothing in mind for himself, but having worked and performed in the arts for many years, he was ''waiting for an opportunity to find me''.

''I could become a consultant if anybody wanted me.''

Before he left he would be involved in the process of organising a successor, which would begin in the new year.

Mr McBryde said despite disappointing numbers attending the festival this year compared with the number hoped for, the event made a small surplus.

The highlight of his time as director was that about 400 productions had been put on during the 10 festivals.

Early on, he had hoped the festival would be around for 10 years, and it had hung in for 20.

''The fact that we've actually managed to make something that's excellent actually work and be sustainable for 10 festivals is quite remarkable.''