Invermay staff to learn fate in 'near future' 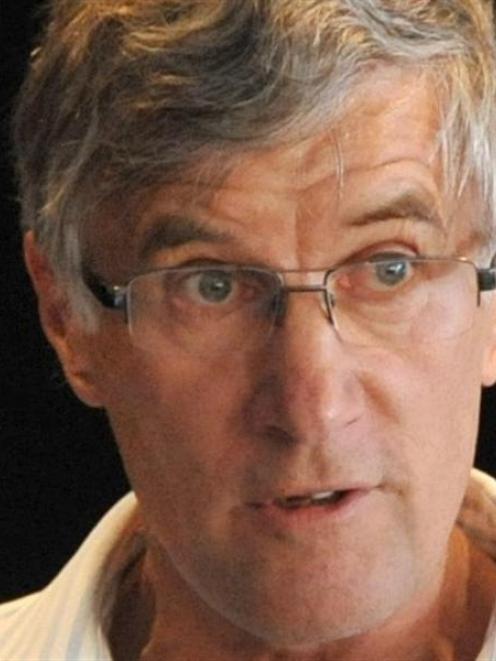 Sam Robinson.
Staff at Invermay are set to learn their fate in the ''near future'', but AgResearch appeared confused yesterday about when exactly a ''final announcement'' will take place.

AgResearch chairman Sam Robinson said yesterday morning an announcement would take place tomorrow, but a spokesman later indicated this was not the case.

''We will be confirming our plans in the near future to enable the design phase to commence.

However, we don't have a confirmed date for any announcements,'' the spokesman said late yesterday afternoon.

AgResearch declined to answer any questions about a final decision, which the Otago Daily Times understands contained some changes to its previous plan, involving slashing 75 jobs at Invermay and shifting them north to Lincoln.

But opponents say they will not be happy unless the decision to shift genomics staff is overturned.

When contacted yesterday, AgResearch director Andrew Macfarlane declined to discuss the announcement in any detail, but believed it was ''constructive''.

''I'd like to think it will allay some concerns [held by opponents in Otago and Southland],'' Mr Macfarlane said.

However, it would not please everybody.

''There will be other concerns people will still have on their agenda.''

Mr Robinson earlier declined to comment on what, if any, changes to the plan had been made.

At one point, he said he would not know how much the plan had been changed ''until I read the announcement'', but later acknowledged he had approved a final decision.

''The announcement will come out ... some time on Thursday morning and until then there is not much point in speculating, because we will wait to see what the announcement says.''

Meanwhile, the Public Service Association, which represents about half of AgResearch staff, is angry it only found out an announcement was imminent when approached by the ODT yesterday.

The ODT understands a final decision on restructuring was given to Science and Innovation Minister Steven Joyce ahead of a planned announcement to staff and media, which until yesterday appeared to be scheduled for tomorrow.

No-one spoken to yesterday revealed the full extent of changes to AgResearch's previous plan, but it is understood some ''deer farm systems'' roles will no longer be relocating.

The clear message from opponents of AgResearch's restructuring plan spoken to by the ODT was that nothing less than a complete reversal of its decision to relocate genomics staff would be acceptable.

Dunedin Mayor Dave Cull said the changes to the plan should reflect the views of AgResearch's own ''change management team'', which last year recommended genomics capability be expanded at Invermay as opposed to being gutted.

However, given the way AgResearch had handled the process so far, he did not hold much hope for significant change.

''If you go right back to the beginning there has been a complete lack of transparency, right back to when we asked for the business case and they ... only provided us with half of it.''

Mr Joyce was responsible for the final outcome, he said.

''The minister ultimately has oversight of the board and, as shareholding minister, represents taxpayer interests.''

PSA assistant secretary Jeff Osborne said it was disappointing the PSA had not been told about the forthcoming announcement.

''I have made the point [to AgResearch chief executive Dr Tom Richardson] this afternoon - he hasn't had the chance to respond yet - that for the PSA to find out about potentially major announcements via newspaper is not what we would expect as being an example of good involvement.''

Mr Joyce did not respond to questions on the issue, with a spokesman saying: ''The minister has nothing to add ahead of any announcements by AgResearch.''