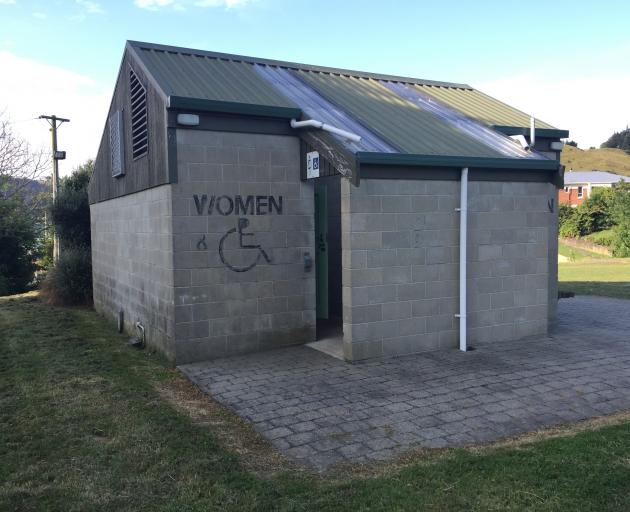 This week, the Greater Green Island Community Network, Keep Dunedin Beautiful and Dunedin City Council are putting out the call for tenders from artists to design and paint a mural on three sides of the toilet block.

The mural is the first major project for interim Greater Green Island Community worker Larna McCarthy, who has taken over the role from Amanda Reid while she is on parental leave.

Ms McCarthy said the idea of brightening up the toilet block, which has often been the target of graffiti, came from community feedback at the Concord Neighbours Day event in March, 2019.

After the installation of new playground equipment at the Emerson St playground last year, the community had wanted the improvements to continue, and a mural was suggested, she said.

Working with Keep Dunedin Beautiful, the Greater Green Island Community Network has come up with a brief for potential mural designs - which should reflect the history of the Concord area and help to enhance community wellbeing.

‘‘The mural will cover three walls of the toilet block, while the vegetation that screens the fourth wall will remain,’’ Ms McCarthy said.

Tenders would close on March 6, and shortlisted designs would be displayed at community events and in public spaces for the community to give their feedback, she said.

The artists will include costings for the mural in their tenders and the project is to be funded through Keep Dunedin Beautiful.

Ms McCarthy said the improvements to the Emerson St park, including the installation of a children’s playground, had encouraged more people in the community to enjoy the space.

‘‘The area is definitely getting more use now from the community,’’ she said.

The Emerson St playground will host the Concord Neighbours Day event at the end of March.

• For information about the tender process, email larnam@psotago.org.nz, or visit the Greater Green Island Community facebook page for a link to the tender documents.