Iranian people ‘don’t have hope of a future’ 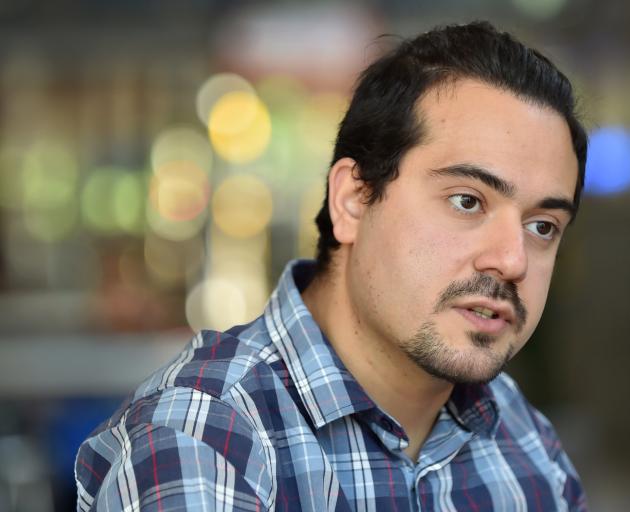 Nima Haghdoust has experienced first hand what life in Iran is like, and said there is hope for the nation amid the chaos.

The University of Otago music student, who came to New Zealand to study in 2015, said the recent demonstrations by protesters denouncing Iran's clerical rulers were reflective of a wider issue.

The protests came after authorities acknowledged shooting down a passenger plane by accident.

‘‘Yes we are protesting not only because of the sanctions, but because people are tired, they’re starving, there are no jobs.

‘‘They don’t have hope of a future at the moment.’’

The 29-year-old said the actions of the Iranian government in shooting down the plane needed to be condemned.

‘‘If there is a hot war you should cancel planes. They didn’t do that and then they denied it.’’

He said the actions of Canadian prime minister Justin Trudeau in demanding someone be held accountable were admirable.

‘‘People are watching Iran and they know it.

‘‘When I was in Iran during the Green Movement in 2009 I saw people get shot in front of me.

However, the conflict would not spiral into large scale war.

‘‘I think the Iranian government do not want to anger Mr Trump. I don’t think they will launch into a great war.’’

He said the Trump Administration’s warning to the Iranian government not to kill protesters was appreciated.

‘‘I do think in the next five years there will be massive changes. The country can’t go on like this.’’

New Zealanders needed to continue to show their support for the innocent civilians in the conflict, he said.

‘‘If there’s anything New Zealanders can do, it is provide support for the people of Iran, show your support through something as small as an Instagram post.

‘‘If Western countries begin to talk about the lives of Iranians and how important the situation is, it helps.

‘‘People are risking their lives in protest, so it’s important to recognise their struggle.’’