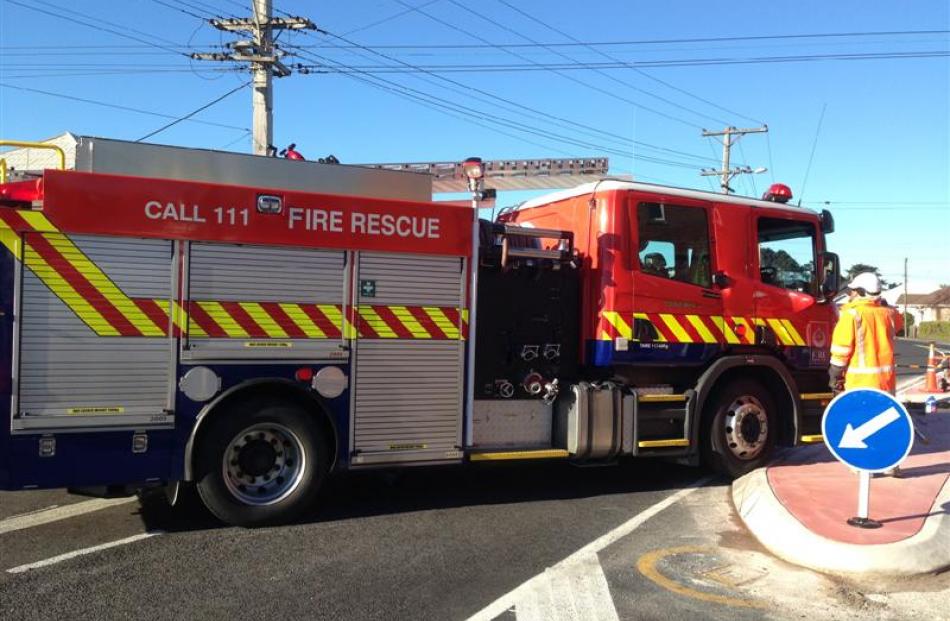 Fire engines are no longer able to negotiate a St Clair intersection, because of traffic islands installed as part of Dunedin's new cycleway network.

A fire appliance from St Kilda station tried to use the intersection of Hargest Cres and Richardson St on Friday, but after a failed attempt had to enter the oncoming lane of traffic to get around the corner, a witness said.

St Clair resident Conrad Stedman watched the incident and said it initially looked as if the truck was going to be driven over the top of the traffic island.

But it did not happen, as it appeared the truck's fuel tanks would have been damaged in such a manoeuvre, Mr Stedman said.

He said the fire engine eventually went around the island into the oncoming lane to negotiate the corner.

St Kilda fire station Senior Station Officer Ben Pitelen said the Fire Service did ''have some concerns'' with the intersection.

He said he did not want to be critical of the cycleway network, but there was not enough room for fire appliances at some of the new intersections.

''Our appliances are 12-tonne, and the [Hargest/Richardson intersection] is just too tight.''

He also cited modifications to New St as being difficult for the city's fire engines.

Part of the problem was the fire engines being ''very low to the ground'', he said.

''So we can't take them up gutterways and things because it will damage them.''

Phil Marsh, the Fire Service's assistant area commander for East Otago, said the service would investigate the problem more closely and would be ''working with the city council to try and rectify the situation''.

Dunedin City Council infrastructure and networks general manager Ruth Stokes said the council had consulted emergency services during the cycleway's design phase and had not received any complaints from them since work began.

The council would contact them to discuss any issues.

She said the council was examining the impact of the altered intersections this week.

If necessary, better signage could be installed, or the traffic islands could be lowered or reduced.

The bill would be given to the contractors if it was found the islands did not match the original specifications, she said.

Otherwise, the council would have to pay.