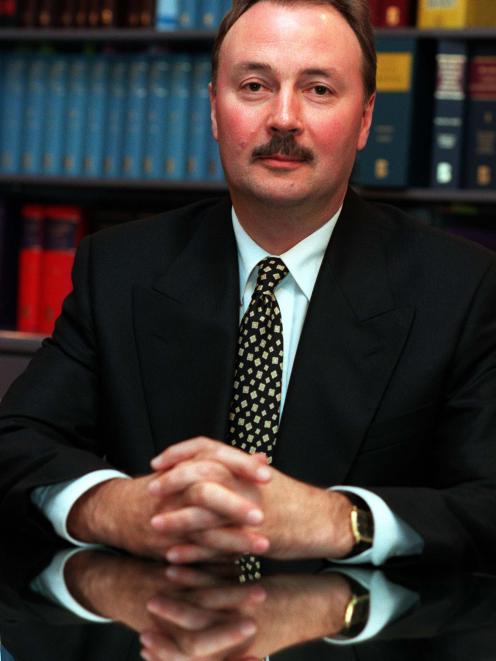 Judge Peter Rollo. Photo: ODT files
It may be the end of Maori Language Week but it will not stop a district court judge “plugging away at it’’.

Judge Peter Rollo is rather modest about his efforts.

He has spent more than two decades — since being appointed to the bench — improving his understanding of te reo and tikanga Maori and opened each morning session at the Dunedin District Court this week with a korero.

‘‘How do we renew the Maori language? By speaking Maori not only this week but always,’’ he translated, for those who needed it.

Judge Rollo’s learning began with a book, bought at the Otago Museum shop, once he knew he would be sitting in Tauranga.

After practising law in Dunedin, he realised he would be moving from a Pakeha-dominated culture to one more influenced by te ao Maori.

‘‘I’ve always thought it was a critical part of being a New Zealander in the modern world to understand the language and culture of our Treaty partners, not just as a judge,’’ he said.

‘‘To my mind it was, I suppose, respecting the culture that was part of New Zealand life. If you didn’t understand that aspect of New Zealand, you were only living half the life that was here.’’

Judge Rollo had seen an increasing focus on judicial training on all things Maori.

There were seminars, intensive wananga reo and, critically, marae visits.

‘‘For many Pakeha judges, as so many are, it’s the first time they have been on a marae since being a child,’’ he said.

‘‘It can be a very spiritual and enlightening occasion — and very uncomfortable for many who are completely out of their depth.’’

Many of the defendants who appeared before Judge Rollo had been detached from the culture — ‘‘lost their mana’’ — and he said some of the most rewarding work was seeing those people reconnect with their roots.

Meanwhile, the judge would continue his journey of understanding.

‘‘I continue plugging away at it in fits and starts,’’ he said.