Judge to decide on hill's fate 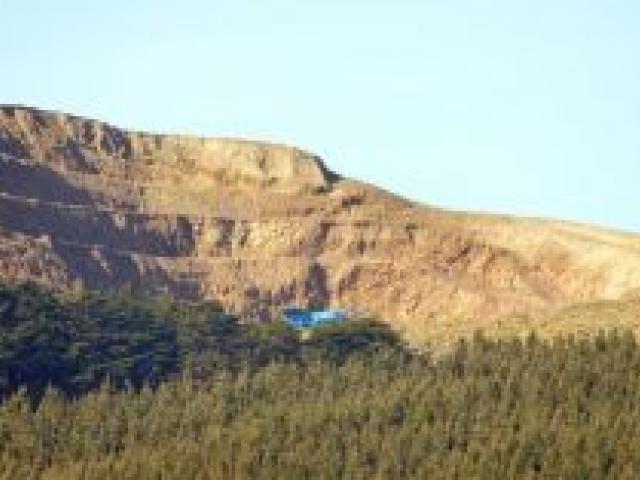 The effect of quarrying of Jaffray Hill, the lower part of Saddle Hill. Photo by Stephen Jaquiery.
After more than 50 years of quarrying, and a corresponding period of vocal opposition to the destruction of the landmark, the future of Saddle Hill lies in the hands of one High Court judge.

Yesterday was the second day of an appeal against an Environment Court decision that ruled there was no consent for quarrying the lower hump of Saddle Hill.

The court heard intervention by councils and governments in the past had failed to curb heavy machinery cutting deep into the side of Jaffray Hill.

The quarry is owned by Saddle Views Estate Ltd; its sole director, Dunedin man Calvin Fisher; and its shareholder, the Amalgamated Workers Union.

Mr Fisher is an official of the AWU.

The issue is confused by a lack of any documents clearly stating whether or not consent was given.

Both sides have accepted files were lost when the Taieri county and Dunedin city councils were amalgamated.

Much of yesterday's arguments centred on documents from the 1960s and 1970s, when opposition to the quarrying by former owners and operators surfaced.

The documents included a 1973 letter from the Taieri County Council county clerk to the minister for the environment saying consent for quarrying was given by the council in 1960, ''primarily for the production of metal for the construction of the Dunedin Airport at Momona''.

Another was a press release from the ministry in 1974 saying there was ''no practicable way'' quarrying could be stopped, although then minister Whetu Tirikatene-Sullivan said: ''I too would like to see the profile protected ... ''A third was from Taieri County Council planning officer C.

R. Edwards, after the council said it was ''anxious to know if any restriction can be placed upon the excavation''.

Responding to submissions on the issue by Saddle Views Estate counsel Colin Withnall QC, Dunedin City Council counsel Michael Garbett said that did not prove consent had been given.

''What reliance can you place on that?'' he asked.

It was simply a recollection of a planning officer six years after consent had supposedly been given.

It was also ''the high water mark'' of the evidence from Saddle Views Estate.