'Kaitiaki' launched and ready for duty

The 7m hardtop with a 250hp V8 motor and a 200km range, built by Milton company McLay Boats, slid into the water at Back Beach shortly before 2pm.

A small ceremony included the official naming of the vessel, Kaitiaki, following a public campaign to come up with a name for the boat.

Kaitiaki means guardian or caretaker, and the name was selected by the Otago Regional Council (ORC) and local iwi from more than 100 community suggestions.

The christening itself was performed by Cr Gretchen Robertson, who took two attempts to shatter the bottle. 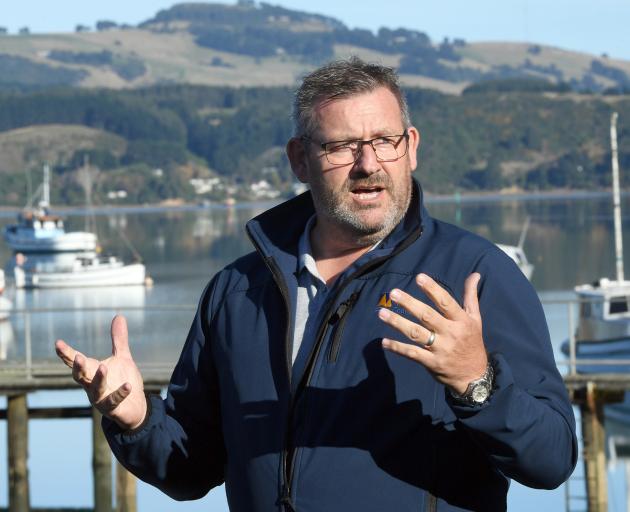 Harbourmaster Steve Rushbrook.
''It was a lot harder than I expected it to be,'' she said.

Otago was ''a large region with a lot of waterways'', and the ORC needed to ''up our game''.

Harbourmaster Steve Rushbrook said he was ''very pleased'' to have the vessel at his disposal.

Otago was one of the last regions in New Zealand to have a vessel to do harbourmaster work.

Mr Rushbrook said the fishing rod holders on the vessel were standard equipment.

The ORC is responsible for the regulation of ports, harbours, waters, and maritime-related activities under the Maritime Transport Act.

The harbourmaster's duties include overseeing maritime safety, ensuring navigational aids are in place and maintained, and responding to marine oil spill events.