Key urges students to give it 100% 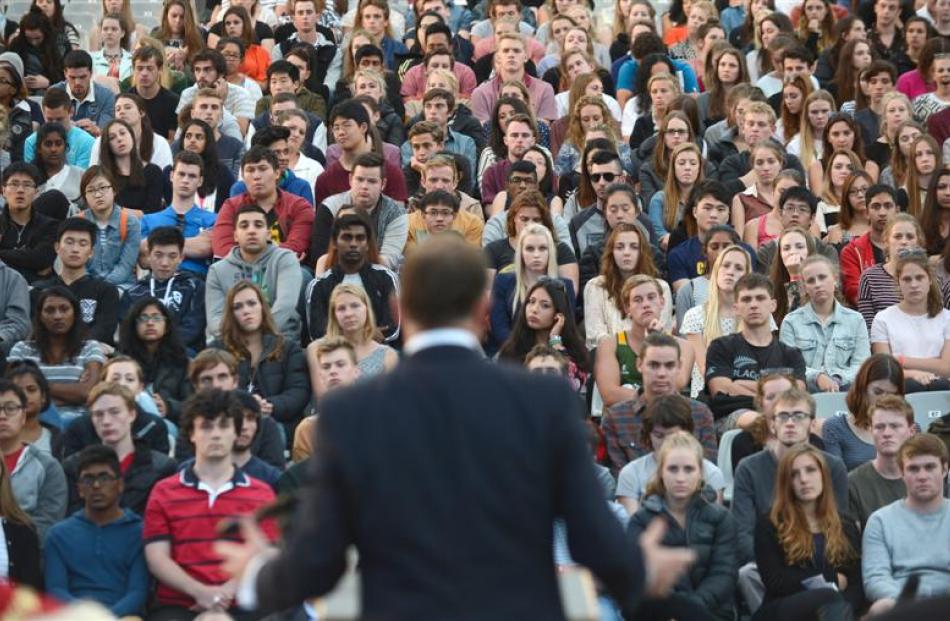 John Key has implored students to ''not die wondering''.

The Prime Minister's comments came yesterday during an address to thousands of first-year students at the University of Otago's first convocation ceremony at Forsyth Barr Stadium.

Mr Key shared the lessons his mother had taught him as child growing up in ''that infamous state house'' in Christchurch.

The other lesson was ''education is the only thing they can't take off you'', he said.

''The degree you get from Otago is something that no-one can take off you. It's the passbook to the rest of your life.''

He told the first-year students to ''have big dreams''.

''I'm the 38th Prime Minister of New Zealand and at about 11 or 12 years of age I made the decision to be prime minister.''

When he entered Parliament in 2002, one of the reasons behind the decision was ''I didn't want to die wondering''.

But during the ceremony, Mr Key learned even the prime minister, sometimes, has to move aside for others.

During the Nga Tumu ki Otakou kapa haka group's waiata, Mr Key had to shuffle - seat and all - further back the stage to accommodate the group's stirring performance. He obliged, with a smile.

She reminded the students to remember when they entered restaurants and supermarkets those working there were picking up the vast majority of the cost of the students' education.

She told them to respect everyone in the city and to be grateful for the opportunities ahead.

''You come into Dunedin to mark a new beginning and you come in as a new citizen of the community,'' he said.