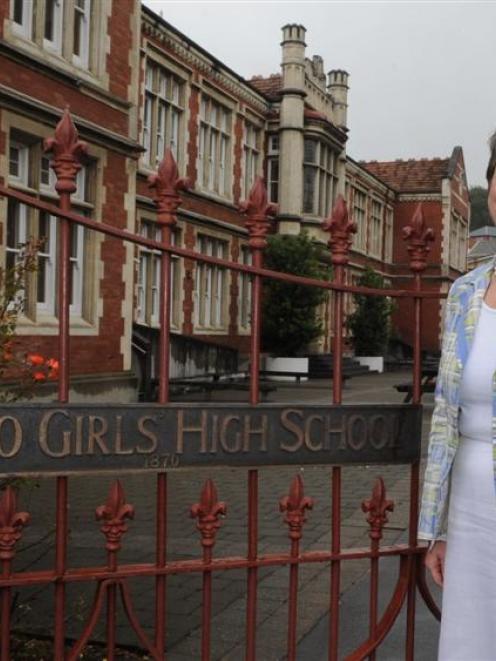 Prominent lawyer, educator and London council executive Dame Judith Mayhew Jonas is in Dunedin this week to attend her Otago Girls' High School class reunion of 3S (1962) and give motivational talks to pupils.

Some political commentators say the brain drain is bad for the New Zealand economy, but Dame Judith disagrees. She believes travelling broadens the mind.

"After Ireland, New Zealand has the second-largest number of people living outside their country, proportionate to the population.

"I think there has been a brain drain in New Zealand, and it's important in a global world that people go out of their countries and see how other countries work."

However, she said those who had left New Zealand were much more aware of their responsibility to give back to the country that gave them opportunities.

"Now, many of us are working in other countries to give something back to the New Zealand economy.

"I do as much for New Zealand in London as I would if I lived here.

"I think we should see New Zealanders abroad as a resource to be tapped into in New Zealand."

Dame Judith studied law at the University of Otago and later lectured in law, before moving to England to teach law at several universities.

Later, she became an employment lawyer and rose to become a special adviser to the chairman of Clifford Chance, the world's largest law firm.

She has also been a board member of many universities, including the London Guildhall University, the Imperial College, the University of London, and was provost of King's College at Cambridge University.

She is also the former leader of the Corporation of London, the body which governs London's financial district.

She is chairwoman of the Independent Schools Council, and governor of Westminster School and Westminster Abbey Choir School.

While her achievements were partly due to the strengths she gained from her education at Otago Girls' High School, she told pupils much of it was due to being "a shameless opportunist".

"If an opportunity went past, I grabbed it.

"Make the most of it. Life is not a dress rehearsal. You don't get a second chance.

"I would rather say I tried and failed, than say I wish I had done that. That's part of the philosophy I've lived by."

Dame Judith is one of three prominent former pupils from the class of 3S.

University of Philadelphia women's rights and slavery expert Prof Marion Roydhouse, and award-winning fantasy novelist Juliet Marillier will also return to the school this week, to give motivational talks to pupils, before attending the class reunion on Saturday.

Otago Girls' High School principal Jan Anderson was delighted the group had returned for the reunion.

"Members of this particular group have always been very interested in, and supportive of, the school."