Knitting for the needy 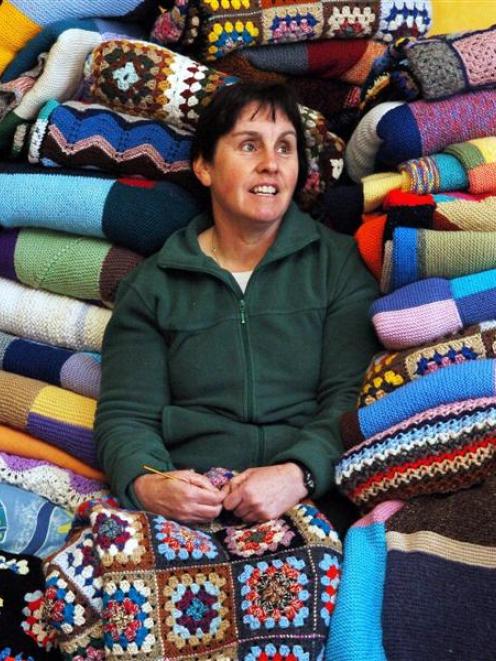 Operation Cover Up Dunedin co-ordinator Shona Bovey sits among some of the donated items for this year's campaign. Photo by Gerard O'Brien.
Charity is not always about donating money. Sometimes, it is about donating time - a lot of time.

That is the case for knitters and crocheters, who have been busy stitching away the hours creating about 500 garments for orphans and needy families in Romania, Ukraine and Moldova.

The project, Operation Cover Up, was started by a Taupo woman in 2000 and had been going in Dunedin for about six years.

Every year, donations of blankets and clothing are shipped to these countries, where the temperature often drops to -20degC in some regions.

Blankets were one of the most common items made and could take up to six weeks to complete.

She became involved last year and enjoyed being able to give to charity. She did not have a lot of money, but had a lot of time, she said.

"I like knitting and I didn't have anyone to knit for."

So far, she had collected about 500 different items and expected many more before the shipping date of August 21.

Shipping costs were generally about $10,000 for a container. Last year, two were sent, the money coming from donations and fundraising activities.