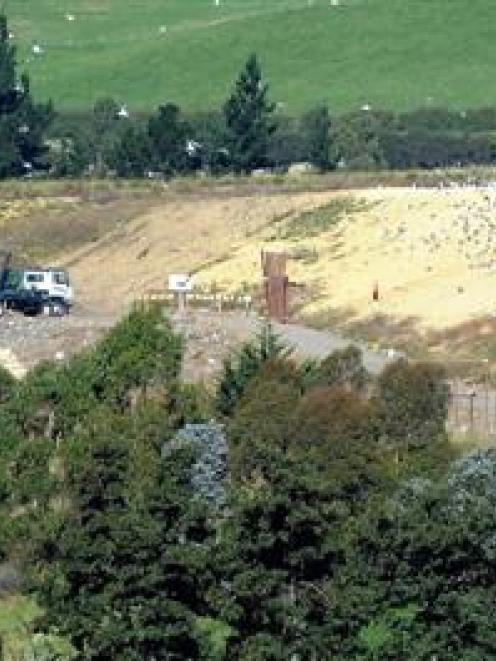 Cr Colin Weatherall has emailed Dunedin City Council staff to express concern at the work at the council-owned landfill, which is exposing a view of rubbish to residents in surrounding suburbs and motorists on the Southern Motorway.

Council contractors at the site have begun working their way north while adding a new layer of fill at the landfill, having recently completed a south-facing section.

The new northerly direction of work meant the working face of the landfill - where the rubbish was exposed while dumped - would be visible from the Southern Motorway, and residents in Green Island, Abbotsford and Fairfield.

Cr Weatherall argued contractors should move to the northernmost end of the landfill site before beginning the new section while working their way south again, to help hide the face from public view.

"It's the seventh eyesore of the city being added, because as you drive down the motorway you look into that part of the landfill.

"Quite simply, they could have reversed it and filled away."

Cr Weatherall first raised his concerns three weeks ago, claiming the work was "a very controllable eyesore council staff have chosen to ignore", but received no response.

He emailed staff and Mayor Dave Cull again earlier this week, threatening to publicise the issue, which led to a meeting with staff yesterday.

Council solid waste manager Ian Featherston said after the meeting he planned to respond to Cr Weatherall's concerns, with further information available by early next month.

However, he did not expect the direction of work to change until the landfill's northern boundary was reached, and contractors turned south.

The time that would take was not yet known, but would be months away, he said.

"We're filling it in the most economical and visually [pleasing] way we can, so there's a balance between the two.

"There's a bit of a view for a while until we get to the northernmost extreme and then head back."

If the landfill site is "the seventh eyesore of the city", what are the other six? Send your suggestions to: odtfeedback@odt.co.nz