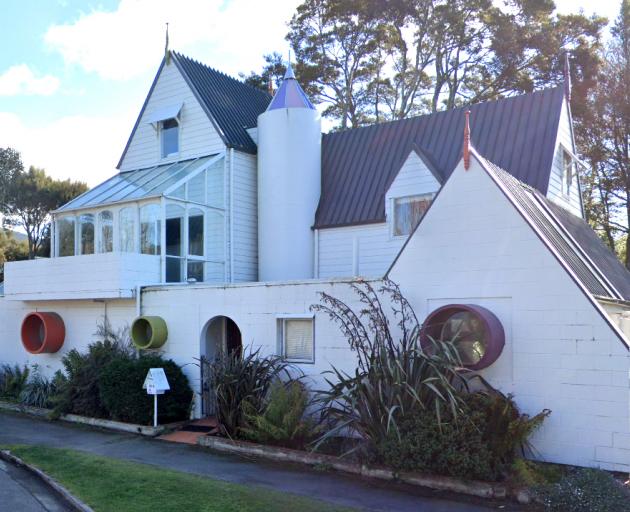 The Dunedin house that has been demolished. PHOTO: GOOGLE
A recognisable Dunedin home has disappeared and Maori Hill residents have been left wondering why.

Nothing but earth remains at 138A Cannington Rd, where the home had stood since 1974 and drew attention for being ahead of its time.

A Dunedin City Council resource consent report said the demolition came as the house was in "poor condition" and unable to withstand alterations it needed to comply with building performance standards.

A lean-to structure, which was attached to the garage, encroached on the Ross Creek public recreation area, which was right next to the site of the house.

The report said the garage did not receive building consent. Further survey work and building tests were done and showed the garage had also encroached on the public land. 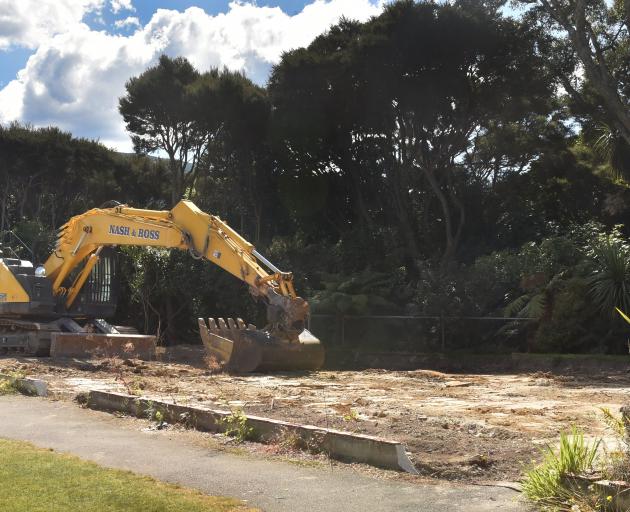 A bare section at 138A Cannington Rd where the home had stood since 1974. Photo: Peter McIntosh
As a result, the house would have to be demolished.

Lisa Te Pana said it was her family home for 11 years, and they had intended to renovate the house.

"We bought it because we loved it. We wanted to honour her ... but we have had to move on."

She said they were renting in the neighbourhood but would rebuild on the site.

"We looked around and there is nothing that compares to that location."

The home had been dubbed Dunedin’s own space station, because of its unusual appearance, in the 1981 book Houses and Homes, by Lois Galer.

"Complete with rocket tower, launching pad and UFO observatory ... has enough seating around the edge for the entire crew of the Starship Enterprise."

The house had uncommon features, including the street number being written in giant red characters on the tower.

"Certainly a novel method of making sure the mail is put in the right box," Galer wrote.

The home was designed by its original owner, Ron Anderson, and built over three years.

Mr Anderson had allowed his imagination to ‘‘go wild’’ on the outside, but Galer said it had not been at the expense of the functional aspect of the inside.