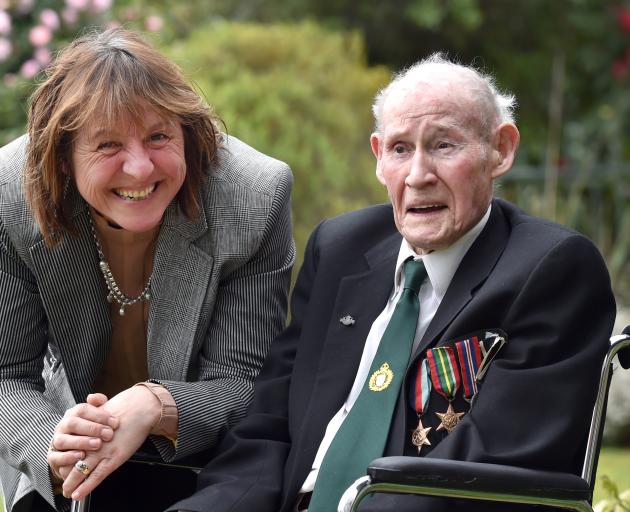 ''Because I used to swear like one,'' he said with a wink and a chuckle.

The 97-year-old is the last surviving member of the Otago Mounted Rifles Regiment, and with it comes a responsibility - one he swore an oath on.

His duty was to pass on any remaining funds from the Otago Mounted Rifles Trust to a local charity.

Yesterday he made good on his promise and gave the remaining $972.25 in the trust's account to the Otago Southland Pony Club (OSPC).

The money was used as the regimental fund, for helping ex-troopers, providing wreaths for troopers' funerals and for reunions.

Despite the bittersweet nature of the donation, Mr Wilson said he was not sad about the occasion.

''There comes a time when we must move on.

''The time has come to pass that money on to somebody that we know will look after it.''

OSPC president Moyra Johnston said horses were the reason for the close bond between the regiment and the club, and she was grateful for the regiment's support over the years.

''We're a sporting operation - we're not a charity - so we don't have a lot of funding coming in.''

The money would go towards continuing to encourage young people to work with ponies.