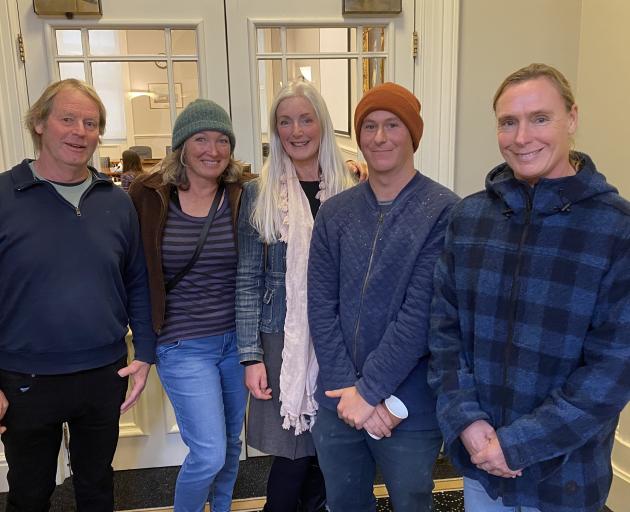 A group of Brighton and south coast surfers stepped up to speak to the board about their concerns about plans for 13 lay-bys on the coast road.

After reading previous board minutes, the surfers had gained the impression that all 13 were slated for closure by the Dunedin City Council, which was of great concern to them.

The south coast had become increasingly popular with surfers in recent years, and removing lay-bys would force surfers to park along narrow roadsides — a much less safe option, they said.

"On a good day, there can be 10 cars parked at some of the more popular spots," surfer Vianney Santagati said.

"There is a real need for them."

Maintenance of many of the lay-bys had been poor, and large potholes and overgrown vegetation were a common sight, the surfers said.

Saddle Hill Community Board chairman Scott Weatherall responded to the surfers, clarifying that there had been a misunderstanding and that only four of the lay-bys were being considered for closure.

"Four have been deemed to be unsafe, with very challenging access," he said.

"Three have been identified as the most popular, and we would like to further develop these and tidy them up. So there will actually be improvements in some places."

Speaking after the meeting, Ms Santagati said the group was relieved that all 13 lay-bys were not going to be closed.

However, there was still concern over one popular lay-by south of Brighton, opposite sheep yards on the way to Taieri Mouth.

"This is a very popular surfing spot, and we would really like the council to keep this lay-by open," she said.

The majority of other people at the meeting were there to speak in support of funding applications for an array of community projects.

The Dunedin Riding for the Disabled group requested $1935 towards the cost of a heat pump for the parents’ viewing and waiting area.

The Brighton Rugby Club requested $1000 to replace two doors leading to the changing and storage areas of the clubrooms, in order to improve security.

Board members agreed to support these funding requests.