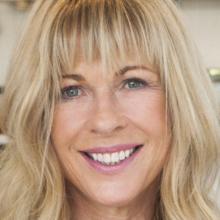 Annabel Langbein
Leading New Zealand chefs  will be cooking up a storm at a new food event at the city’s Great Kiwi Home and Living Show in November.

Annabel Langbein, Brett McGregor and Simon Gault will be guest chefs at the show,  at the Forsyth Barr Stadium, organisers announced yesterday. The event is run by Allied Press, owner of the Otago Daily Times, in partnership with Dunedin Venues.

The newly-created "Whitestone Cheese Fresh Food Show" will include chefs’ masterclasses, a live cooking theatre, competitions and a food hub.

Chef and restaurateur Mr McGregor, a former MasterChef  winner, has written  three cookbooks, one of which was turned into TV series Taste of a Traveller. He said he was looking forward to returning to Dunedin, catching up with fellow chefs, hanging out with students, and doing a "couple of demos" using seasonal, everyday ingredients. 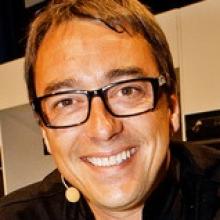 His preferred foods to cook changed depending on the season. At present he was particularly fond of "hearty dishes" like slow-cooked beef ribs. One of his mottos was delicious food did not need to be complicated, Mr McGregor said.

He was enjoying his role as consulting chef at Strata Lounge at Auckland International Airport, rated second-best airport lounge for value in the world.

"It’s [cooking on a] completely different scale, which is quite challenging."

Ms Langbein, who lives in Wanaka, is known for her television show The Free Range Cook and has written and published 27 cookbooks. Mr Gault has worked around the world at various establishments, including the  Michelin-starred Thornbury Castle. His accolades include the New Zealand Restaurant Association Innovator of the Year Award, and he also fronted TVNZ’s MasterChef  New Zealand for five seasons. 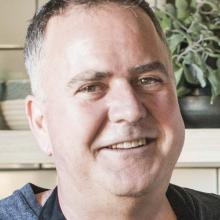 "We are getting close to selling the sites out. We are very pleased with the progress."

Dunedin Venues chief executive Terry Davies was looking forward to the new show and expected it to be "extremely popular".