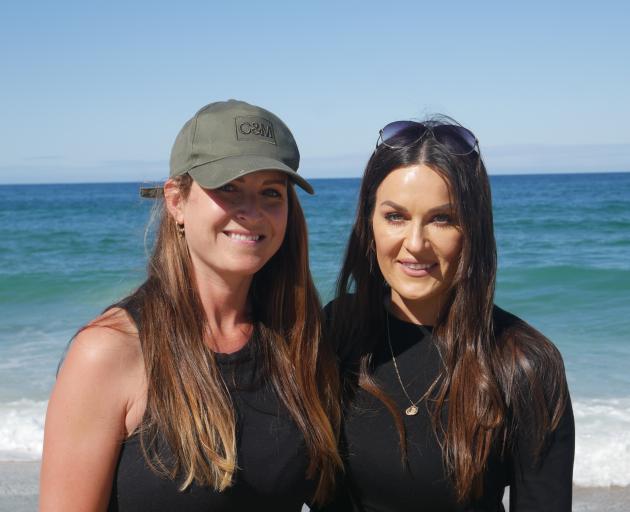 Friends Kristin Boyes (left) and Ana Dube make the most of the warm weather earlier this week. Photo: Jessica Wilson
Otago's surf life-savers have clocked off for another year after performing more than 50 rescues, at least six times that of last season.

Easter traditionally marks the end of surf life-saving patrol season and this year comes after a summer of record-breaking temperatures.

Since the start of the season, St Clair and St Kilda surf life-saving clubs were extra busy, as they extended their lifeguard services to Tomahawk beach, Ms Crawford said.

SLSNZ life-saving and education manager Allan Mundy said this season was very busy compared with last season and many lifeguards operated in some challenging conditions.

``Great weather naturally increases the number of people flocking to beaches and therefore we're likely to see rescue numbers go up, but one of the key factors to look at is the number of assists that have been carried out by lifeguards to prevent people from getting into a life-threatening situation.''

Mr Mundy said there was an unusually high number of swimmers on the country's beaches each day, and larger-than-normal surf.

``[Lifeguards] can be proud of the fact that they have contributed to saving hundreds of lives.''