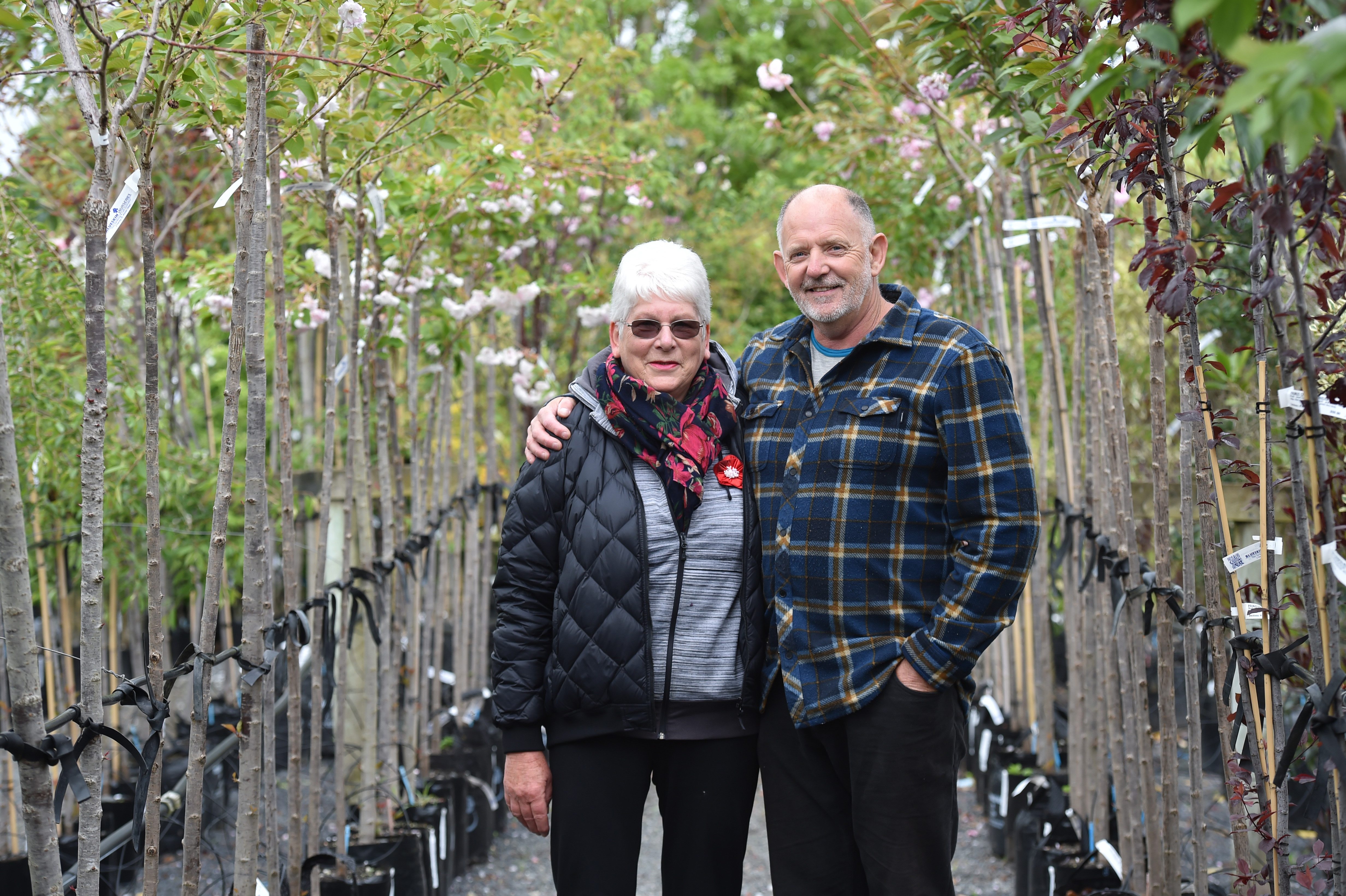 Margaret Dodds caught up with one of her rescuers, Senior Sergeant Brian Benn, in Waitati yesterday. PHOTO: GREGOR RICHARDSON
Every day is a bonus for Margaret Dodds.

After nearly drowning near Blackhead 22 years ago, she takes nothing for granted.

And yesterday, she spent time reminiscing about the incident at the Blueskin Nurseries cafe with one of the men who saved her life.

Senior Sergeant Brian Benn said the 1997 rescue was one of the most memorable of his 43-year police career.

Ms Dodds had been walking around the Blackhead rocks with friends on February 1 when a large wave swept over her.

"I knew it was going to be a long time before I got rescued and I didn't want to drown, so I pulled my knees up to my chest and kept myself as warm as I could. 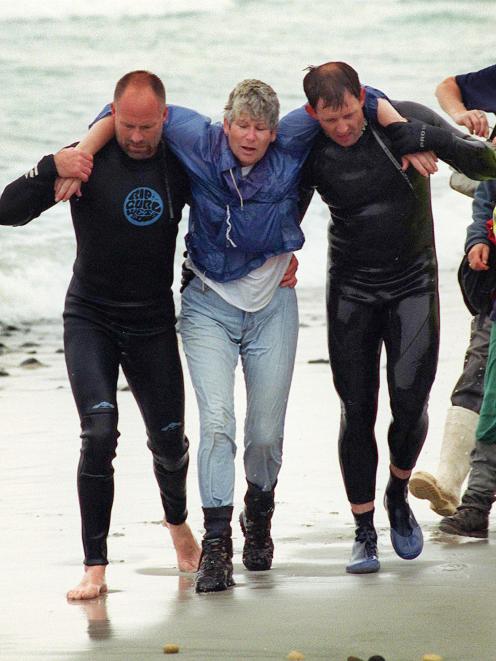 Margaret Dodds is helped to shore by rescuers Neil Price (left) and Senior Sergeant Brian Benn. PHOTO: ODT FILES
"I got extreme pain in my legs and I was terrified to push my legs out in case I went straight down, because I had boots on.''

After about 40 minutes in the water, surfer Neil Price reached her with his board, while Snr Sgt Benn also swam out.

"They got me on the surfboard and brought me back to shore. I was pretty hypothermic and pretty out of it, pretty sore.

"They took me off to hospital and I had a wee warm-up, and survived to tell the tale.''

Snr Sgt Benn joked it was great to carry out a rescue during work hours for a change.

"I just heard the job come over the radio and thought `That sounds like me','' he said.

He called for help once he got to Blackhead, but after donning his wetsuit, it still had not arrived.

He recalled a "bit of a wild ride through the surf'' as he, Mr Price, and Ms Dodds made their way back to shore.

"We got rolled a couple of times and took on a little bit of salt water.''

They have kept in touch over the years, he said.

"Of all the rescues I was privileged to be part of, in my search and rescue and police career, that one was the one I always smile about the most.''

Ms Dodds said every day after the incident was a good day.

"I don't need to have birthdays because every day after that's a bonus. Nothing's ever been hard for me to do, because it was really difficult to survive that.

"I'm very, very thankful that he was there that day for me.''