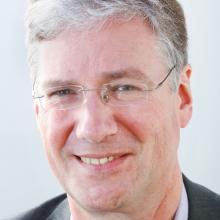 Simon Pickford.
The Dunedin City Council received the report yesterday, but will wait until the Auckland Council makes its decision today before following its lead.

There had been 155 incidents - 92 of them in Auckland - which had caused injuries to 30 riders.

Dunedin council community services general manager Simon Pickford said the report arrived early yesterday morning from consultant Exponent, which had been commissioned to do an engineering analysis of the problem.

The company had been testing scooters to see if it could replicate the fault, something it had managed to do, isolating a "trigger" for the problem of the scooters' brakes locking up.

Exponent then tested scooters that had been modified by Lime through "patches" applied, the last on February 26, and those seemed to have sorted the issue.

Mr Pickford said he had been in touch with his counterparts in Auckland.

They would be making a final decision today, and Dunedin would follow suit.

He said there had also been discussions about how to avoid such problems in the future.

"We're going to be talking to Lime about finding out more about rider incidents.

Mr Pickford said "on the face of it, from a technical point of view", the issue seemed to have been fixed.

Asked if he expected the scooters to be back on the streets today, Mr Pickford said the report was a positive step.

"I think Lime are all ready to go. Obviously if they get the sign-off tomorrow they could be back on the streets tomorrow or over the weekend."

A Lime spokeswoman said the company had provided all information requested by the Dunedin City Council, and had also deployed a firmware update to resolve the wheel-locking issue.

"Our local operations team are actively performing quality assurance checks on all scooters in Dunedin.

"We are confident that this issue has been eliminated and are looking forward to being back on the streets of Dunedin as soon as possible."

Auckland Council chief operating officer Dean Kimpton said the information was being reviewed and the council hoped to provide an update on the status of Lime's licence today.

The Lime e-scooter fleet in Christchurch is set to expand by 300 to 1000 after a decision reached at a city council meeting yesterday.