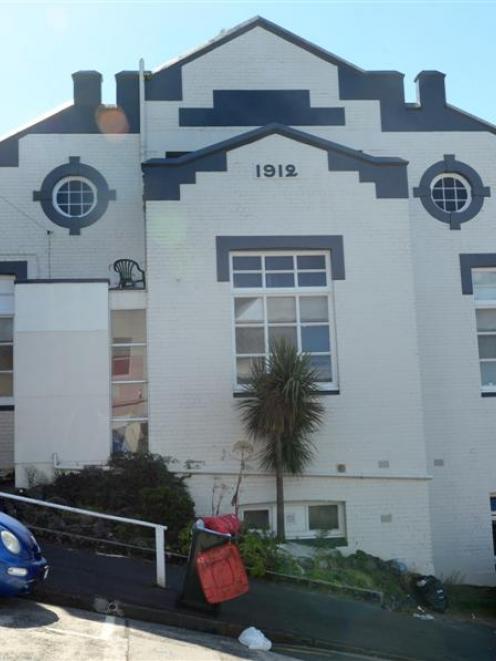 This comes as Dunedin Mayor Dave Cull said the council and other agencies were looking into the more intractable issue of out-of-control behaviour in the student quarter and measures ''more draconian'' than a liquor ban could be on the table.

Among recent incidents at the View St property, dubbed the ''Backpackers'', was an assault at a party early last Tuesday on noise control officers who were there to seize audio equipment.

Other problems stemming from parties at the property included people smashing bottles, damaging vehicles and urinating on the street.

Cr David Benson-Pope added the issue of extending the liquor ban to the agenda of yesterday's council meeting after receiving an impassioned email requesting action from a View St resident. The resident who sent the email declined an Otago Daily Times request to quote from it.

Cr Benson-Pope said the issue began five years ago, when the property was converted from a backpackers into two flats - one of which is home to 17 people.

Extending the liquor ban to include View St, Tennyson St and the Dowling St steps would be an easy solution to the problem, he said.

''This is about completely unacceptable ... dangerous, drunken and violent behaviour in the street and the one thing a liquor ban does do ... is that it gives police a tool to convince people [to move on] and otherwise punish them,'' he said.

There was some debate among councillors about the wording of Cr Benson-Pope's motion and whether other options apart from a liquor ban should be looked at as a means of solving the problem.

After a few changes were made to the motion and council services and development general manager Simon Pickford assured councillors options apart from a ban would be considered, all councillors voted in favour of staff reporting back to council on the issue.

The primary focus of the council report would be View St, and liquor bans in other areas could be a secondary focus.

Once the report came back to the council, it could decide if a liquor ban was the best solution to the problem, which would begin a consultation process. The vote came after Cr Lee Vandervis questioned whether other measures - such as installing cameras - would provide a better solution and Cr Hilary Calvert suggested tougher enforcement of present laws be looked at first.

Mr Cull did not believe the wider issue of problems in the student quarter should be looked at together with the View St concerns.

''Cr Benson Pope was right that the North End is a much more complex multi-faceted set of problems which are being addressed,'' he said.

However, behaviour in the student quarter was a serious issue and being looked at by the council and other agencies.

After the meeting, Mr Cull stepped back from his comment that ''more draconian'' measures than a liquor ban could be the answer, saying he meant ''more comprehensive'' measures than there were at present.

''As the officers were leaving, one party-goer jumped from a balcony, 3m above, on to the noise control officers - an extremely dangerous situation.

It was estimated more than 400 people were at the party and those outside were smashing bottles, damaging vehicles and urinating on the street, he said.

Mr Pickford said University of Otago proctor Simon Thompson would be raising concerns with the property's residents and staff would meet police to discuss how to respond to further noise complaints.