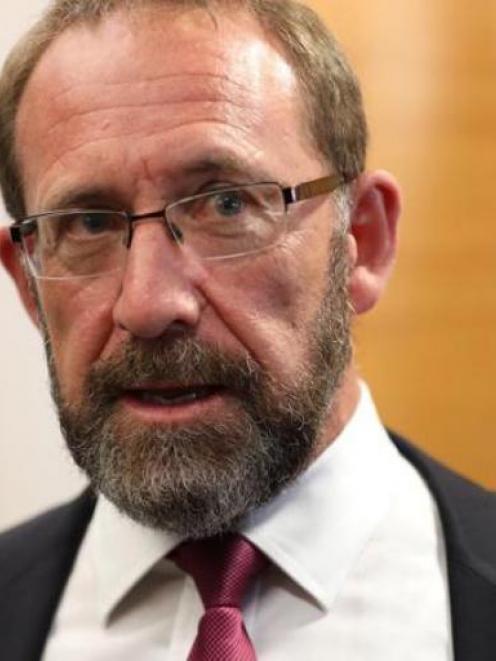 However, he has stopped short of promising immediate intervention.

"I’m concerned about the extent of waiting times.

"It’s more likely in the SDHB than other [health boards] that diagnosis comes very late and therefore treatment is late."

SDHB waiting lists for cancer detection and treatment are at record levels and more than 150 people are waiting for radiation oncology treatment.

The board has been failing to meet both 31-day and 62-day cancer treatment targets.

Patients advocate Melissa Vining this week called for Mr Little to step in, asking how many patients had to die before anyone took action.

Prof Sarfati said she was deeply concerned about the increase in waiting times and expected changes would be made quickly.

"This is high on my attention list," he said.

A new diagnostic CT scanner for Dunedin Hospital is expected to arrive in August and SDHB chairman Pete Hodgson has pushed for more MRI scanning to be offered.

Mr Little expected the new CT scanner would relieve some of the pressure, but he signalled broader issues such as efficiency and service configuration might also need attention.

The Government plans to replace district health boards with two national agencies, one of them a Maori authority, and regional branches.

The SDHB seemed to be incapable of responding to and dealing effectively with long-running cancer treatment waiting list problems, and this had contributed to staff burnout, Dr Powell said.

It is understood at least one complaint about harm being caused to a patient due to delays in getting a scan has been lodged in recent days, as well as complaints about delays in receiving first specialist appointments for cancer treatment.

SDHB chief executive Chris Fleming has said the board was very concerned about oncology service delays and resulting distress for patients and clinicians.

Dunedin has a problem. It is a Labour stronghold, they don't need to worry about getting seats here. Therefore it is low on their priority list. They will do as little as possible, as slowly as possible. Now if it was a marginal seat - that would be a different story.

OMG - no-one cares about the cynical hand-wringing of chief executives, health boards or ministers! Your average taxpayer would like patients to not suffer and die while they're waiting for treatment, and for health professionals to not be ground down and spat out by a system that has become inhuman. it seems like there is something fundamentally broken here, and no-one has the courage to say or do anything about it, certainly not those in charge!

The DHB that services much of Otago has not always serviced Southland as well. If the comparison is a combination of Otago plus Southland versus Otago being separate from Southland jurisdiction then of course it is going to look like waiting lists have gotten worse.