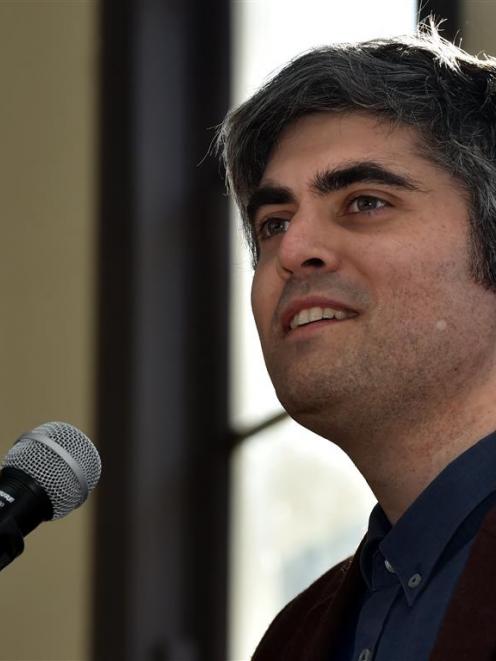 Speaking at the Green Party's Dunedin local body elections launch, the first-term councillor said he wanted to push for every resident to earn a living wage and to establish a local currency, the Dunedin dollar, modelled on the Bristol Pound.

"We need to do more to make life better for everyone,'' he said.

"My dream for Dunedin is to become New Zealand's first living wage city. That is a city where every worker, regardless of where they work, makes a living wage.''

The living wage - the hourly rate which advocates claim a worker needs to participate as an active citizen in the community - is at present set at $19.80 an hour, more than $4 above the current minimum wage of $15.25. 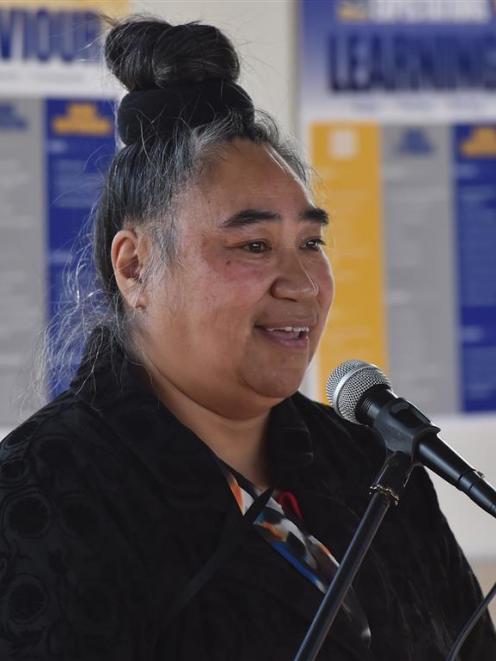 Dunedin City Council candidate Marie Laufiso speaks at the launch on Saturday.
In 2013, the Wellington City Council agreed on a living wage policy for its staff and, last year, began to expand the rate to its contractors.

The council would then extend the policy to its contractors and pressure other large employers in the city to do the same, he said.

"This won't happen overnight - it's not a miracle cure.''

The creation of the Dunedin dollar would complement the city's push for wider economic equity, he said.

"The Dunedin dollar sits alongside our existing currency, rather than trying to replace it,'' he said.

"A living wage and a Dunedin dollar are both commitments to doing economics differently.

"They both work from the bottom up rather than waiting for the trickle down.''

The Dunedin dollar would be similar to the Bristol Pound, which the British city of Bristol launched in 2012.

The objective was to encourage people to spend their money with local, independent businesses in the city.

Based on the local multiplier effect, the currency was aimed at keeping more money within the local economy.

"If I were elected mayor, I would happily take 25% of my income for that elected position in the Dunedin dollar,'' Mr Hawkins said.

The council would spend the next term designing "something that fits our local situation'' to be launched by 2019, he said.

"And the Dunedin dollar is all about supporting each other.''

Brockville community worker and advocate Marie Laufiso also announced her intention to run for a seat on the city council at the launch.

Mr Hawkins said she was a "woman who will make an invaluable contribution to the next Dunedin City Council''.