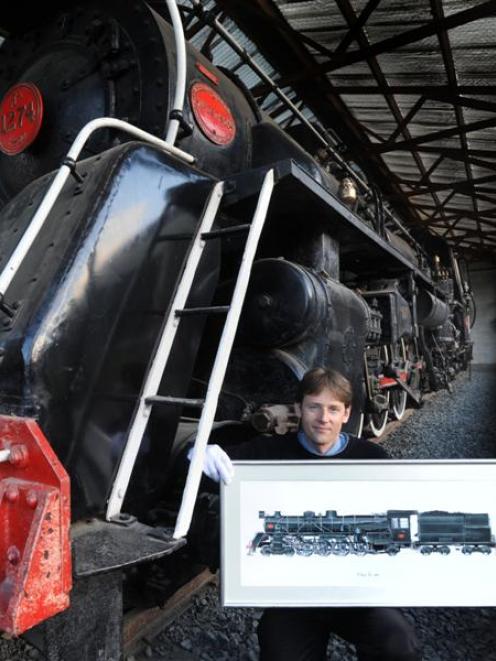 The 100-tonne steam locomotive, Ja 1274, was the 35th and last of the locomotive class built at Hillside Railway Workshops in Dunedin between 1946 and 1956.

Museum director Linda Wigley said the museum had been pleased to buy the "incredibly detailed" art work, which was a "very fine watercolour", in the North Island recently.

The Ja locomotive would continue to be displayed prominently when the museum's planned redevelopment was completed in 2012, Ms Wigley said yesterday.

An image derived from the Heath art work was likely to be included in future interpretative material displayed with the historic locomotive, she said.

Eric Heath was the editorial cartoonist for the Dominion newspaper, producing five cartoons a week for 28 years until 1993, and has also created art work for about 100 books.

The watercolour of Ja 1274 was created for an illustrated book on New Zealand trains.

The Ja locomotive was "part of a story that we need to look after and talk about through our displays," museum curator Peter Read said.

"For us it represents the end of an era," he said.

Capable of speeds exceeding 100kmh, the Ja class locomotives operated the express train passenger service in the South Island, until they were superseded by Dj class diesels in 1971.

The museum is also home to Josephine, which entered service in 1872, and was was one of the first steam locomotives operated in the Dunedin area.