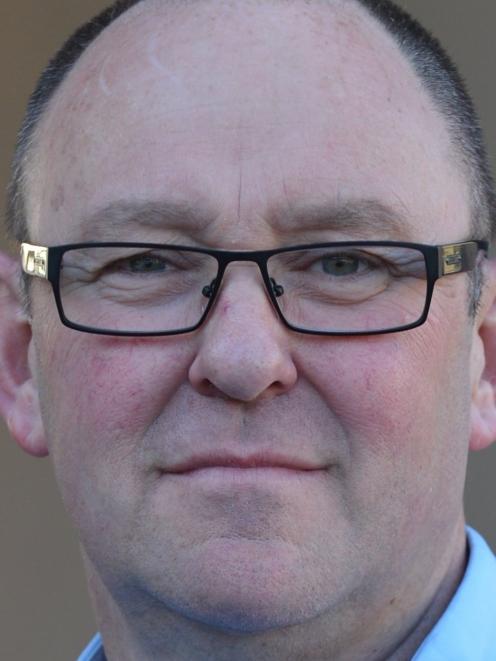 Steve Aitken
A police officer was allegedly assaulted and firefighters had bottles thrown at them by partygoers during a weekend when there was ''lots of disorder'', Dunedin police say.

Two Port Chalmers men were arrested after an incident in Harrington St on Saturday night when the constable was punched in the face and police arrested 10 people after a spate of fires in North Dunedin.

Southern District Command Centre deployment co-ordinator Senior Sergeant Steve Aitken said behaviour such as that exhibited in North Dunedin was ''putting other people at risk''. There was ''lots of disorder'' during the night.

''It's disappointing when young people can't drink responsibly,'' he said.

Police needed reinforcements when attempts to shut down a noisy sound system in Port Chalmers resulted in the officer being allegedly assaulted.

''One of the occupants of the address got particularly aggressive towards police.''

A constable from Dunedin Central police station was allegedly struck by a ''sucker punch'' as the five officers who initially attended the call-out, to assist Armourguard with a property seizure, withdrew from the property to call for back-up.

Three more officers arrived at the property shortly after the incident and two Port Chalmers men were arrested.

The assaulted officer received ''some bruising to his face'', but was otherwise uninjured, Snr Sgt Aitken said.

A 31-year-old Port Chalmers man will appear in the Dunedin District Court on Friday to face charges of assaulting a police officer, obstructing police and resisting police.

A 24-year-old Port Chalmers man was also arrested at the address and will face charges relating to an unrelated assault, obstructing police and resisting police.

''There was a large bonfire in the street with a large crowd gathered,'' he said.

''There were a couple of bottles thrown possibly at or near the firemen and there was some pretty unruly behaviour.''

The situation was ''very disappointing'' and police were called to help Fire Service staff. ''Obviously, we are just doing our job putting these fires out and ... when young people throw bottles at firemen it's not acceptable behaviour.''

Two arrests were made in North Dunedin relating to disorder on Saturday night and yesterday morning.

''It's disappointing that other emergency services have had bottles thrown at them,'' he said.

Following the arrival of police, firefighters put out the Harbour Tce fire.