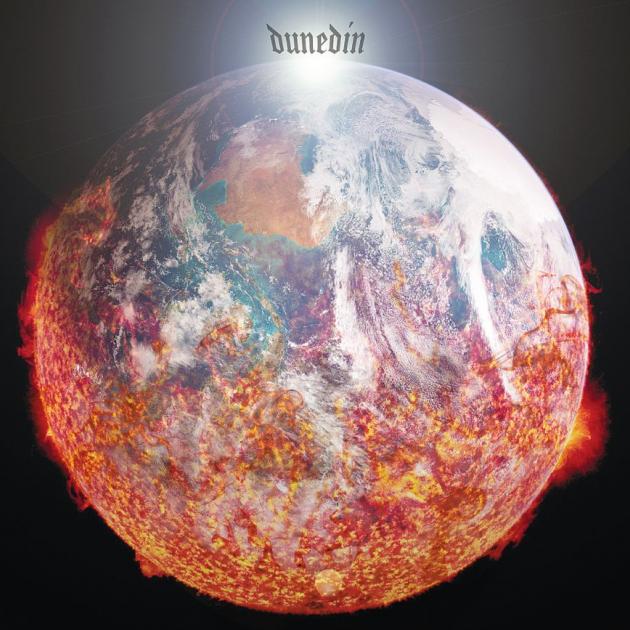 The world in 2016 is the sort of place you wouldn't take your mother, a planet riddled with violence and with idiots clearly in the ascendant. But David Loughrey knows of an excellent little city that might have a lot to teach a wretched Earth.

The year 2016 has had a series of very fatal flaws.

David Bowie dying quite unexpectedly early on should have forewarned us of what was to come.

It started out bad and then just lurched from hideous to vile, from disaster to disaster, the preposterous jostling with the absurd to get to the front of the line as a series of bizarre and inexplicable occurrences dragged us unwilling and disbelieving to the verge of Donald Trump.

That is a very, very bad verge.

But it wasn't all.

Prince died, and everyone loved Prince, he was the best person in the world at one time and stayed in our memories as a sort of beacon of sexy and desirably obscene funkiness.

Scattered among the flotsam and jetsam of our shattered hopes for the year were mass shootings in foreign places, bombings and stabbings and deplorable violence and abuse and dislocation and racism and behaviour not befitting humans of any sort.

Then there was Brexit.

And Donald Trump was still around.

But none of those things happened in Dunedin.

In Dunedin things went very well, thank you very much, so well that if you closed your eyes tightly enough you could imagine the world was an acceptable location for existence.

That was apart, to be fair, from some ongoing flooding concerns and a dust storm of asbestos and a recent unusual spate of car burnings.

The city's renaissance was very well laid out recently in an Otago Daily Times editorial, but to recap, people from around New Zealand want to come and live here because of cheaper homes and a better lifestyle.

We have an excellent technology sector, with a better class of nerd.

Our tourism sector has come alive as overseas types gape disbelieving at our countryside, our wildlife and our innate wonderfulness, leaving our golden home gushing and verbose as they try to put into words how very nice we are.

Our heritage buildings are all being done up as apartments or to house the sorts of businesses people like; none of them transnational multi-glomerates that sell genetically modified seeds that cannot reproduce, rather excellent and morally sound businesses that provide jobs and whatnot.

And just to annoy people, Forsyth Barr Stadium has been doing brilliantly well, being clearly the best stadium in the history of humankind as it glitters alluringly in North Dunedin.

It has a roof.

Compare all that with the likes of Auckland, where nobody at all can afford a house, and where residents are attacked in Queen St by sea lice and jellyfish, and hordes of house flies mug lonely men after dark.

Maybe that vast gulf between the excellence of the local situation and the imminent collapse of the rest of civilisation is why the world's media has suddenly become transfixed with our little city.

Our media star is glowing and shows no sign of fading away.

A reporter in no less a paper than The New Zealand Herald described Dunedin as the most excellent of New Zealand cities.

Other reporters used the word "hipster'' when referring to us.

Then, all of a sudden, everyone randomly noticed Baldwin St and the world went mad.

People were taking pictures that made the street look flat, and the houses look skew-wiff.

The Guardian ran a story, the Australian Broadcasting Corporation ran an interview with a nice local reporter on its drive-time show, and our elevation to the top of the heap was complete.

We were the champions, and as most of that happened in the last fortnight, we still are.

So where to from here?

Insiders know there is even more to the city than the flashy baubles that attract outsiders and bedazzle them so effectively.

It is the quiet decency of our governance, the very civility of our civil society, the gentle nature of our residents, and more than anything, our haughty disdain for boastful talk and rabble-rousers who unnecessarily inflame the passions of the young and the easily led.

We are welcoming, modest, and exhibit common human decency at levels that may never have been seen before.

When you put all that together, hold it up to the light, look at it from different angles, cradle it in your hands and hold it for a moment to your brow, the realisation will slowly dawn upon you Dunedin sits in this rage-addled world as a beacon of hope, an exemplar of the very best humanity has managed to be in its confused and difficult history.

And perhaps with a shifting of perceptions from the rest of the world, an upturning of the globe to put our city at the very top of both human consciousness and geographical understanding, our excellence could be fully appreciated and emulated by those societies less enlightened.

Through visits from emissaries from foreign lands, teaching programmes for the children of the world to learn our customs and societal structures, our message of how to live in harmony could disseminate through humankind.

And what a better place the world could be.

Into the Maelstrom, by EA Po Valley of Maniototo

Nevermore, Lenore, shall I take a paquet, some say barque, to the New Babylon oh! oh! a din of inner quiety some call..Tam Aki Mat Aurau. Helas! Never go back to the mat! The women, if women they be, call 'What's it to be, inlander? Sacred or profane?' Lenore, I saw a long cool certificated linesperson in a black dress. The masque! The maelstrom of houses flying out the door. I never saw a house fly.