Mars mission will be 'global' (+ video) 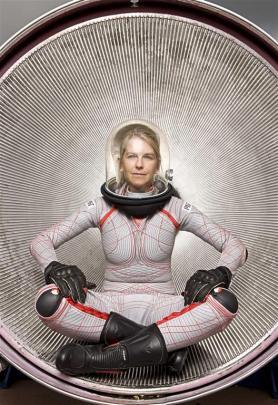 NASA is seeking wide international support for its plan for astronauts to get their "boots on Mars'' by 2039.

Dr Newman will outline Nasa's vision for travel to Mars in a talk titled "Exploring Together'' at the University of Otago's St David lecture theatre at 7.30pm today.

"I'm so thrilled to be part of anything that has been running for two decades,'' she said of the festival.

Asked if she would be willing to travel to Mars on Nasa's space craft Orion, if it was leaving next week, she said she would.

She also emphasised the importance of good team work and said four crew members could eventually be living and working together in an area about the size of a bathroom throughout the proposed two-year return flight.

To find evidence of microbial life on Mars, even if in fossilised form, would be "the scientific breakthrough of the millennium''.

The necessary propulsion and life support systems were yet to be fully established and tested, and Mars flight crew members were, in fact, likely to be people now at secondary school - the "Mars generation'', she said.

Many overseas countries were being asked to consider if they wanted to be part of the planned mission, and there was growing international support.

The first step, involving the use of the International Space Station, was already under way and would continue until 2024.

The second stage involved deeper space flight, beyond the moon, in the 2020s. In the 2030s, it was planned to undertake a manned orbit of Mars, before returning to Earth.

By the end of the 2030s, it was planned to land on the Red Planet, and undertake extensive exploration, searching for signs of life.

This was "global exploration'' undertaken for mankind, and many benefits, including improved technology, would flow from humans learning more about their red "sister planet'', she said.