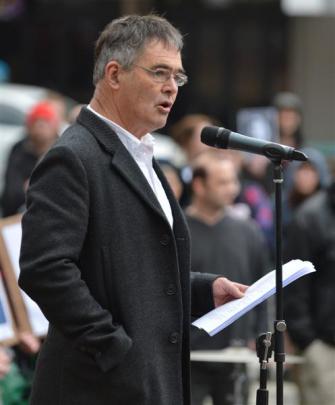 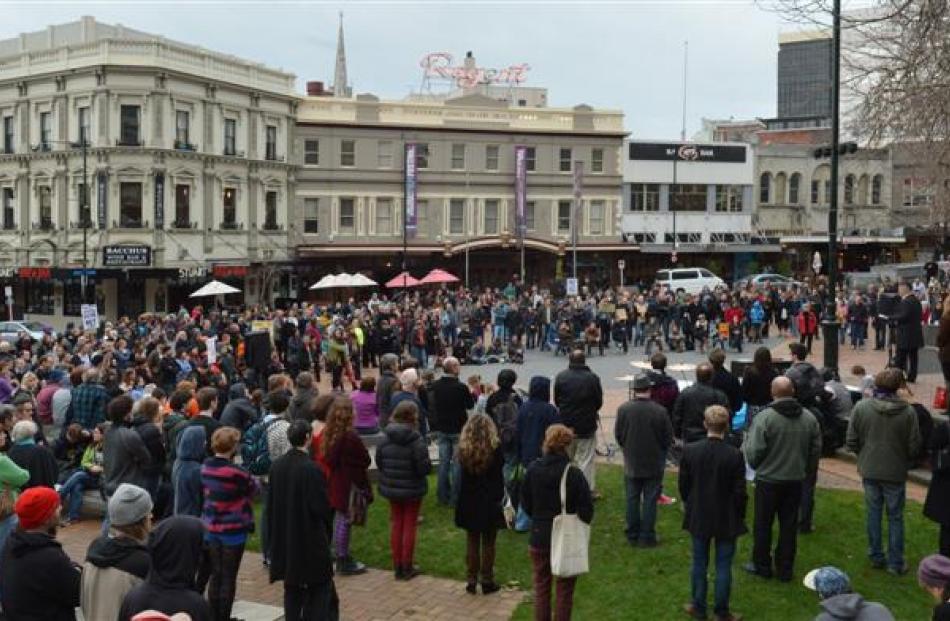 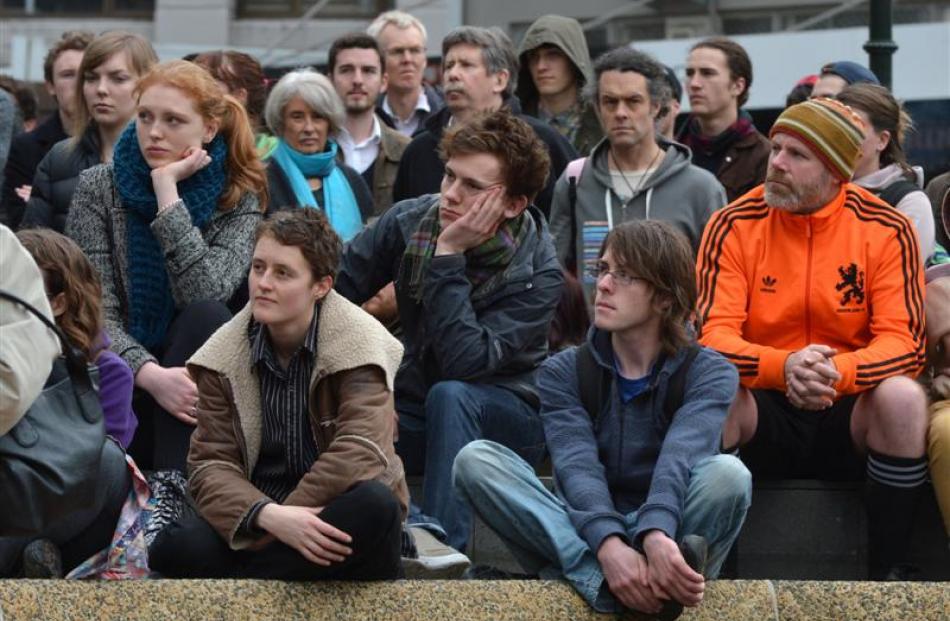 Dunedin Mayor Dave Cull has called for the Government's controversial Government Communications Security Bureau and Related Legislation Bill to be thrown out.

Hundreds gathered in the Octagon on Saturday to mourn the loss of New Zealand's privacy and human rights.

There were similar protests in 10 others centres across the country on Saturday. With a large black coffin, flowers and former property investor Kieran Trass dressed as a member of the clergy, the gathering looked more like a funeral.

The Bill is expected to be passed in Parliament with a single-vote majority.

Among the many speakers at the protest rally were Mr Cull and Dunedin South Labour MP Clare Curran, who said the bureau's empowering legislation prohibited it from spying on New Zealanders, but it had done so many times since 2003, mainly in helping other domestic agencies.

They said the amendment Bill would explicitly allow the bureau and the Government to do so now, and it would also allow them to intercept the communications of New Zealanders.

Mr Cull said the Bill must be thrown out, pending a credible review of the situation.

''Before any Bill is passed, we need to have a comprehensive review of state intrusion on our lives.''

Mr Cull joked he had written his speech on paper rather than on his iPad, in case it fell into the wrong hands.

''Some of my best friends are politicians, but I don't trust them all,'' he said.

''We put MPs in Parliament to represent us, not tap our phones.

''We value civil liberty and personal privacy as much as our material security.''

Recent changes to the Bill require the GCSB to be more transparent about the number of warrants and access authorisations it gets each year, and make an annual public declaration.