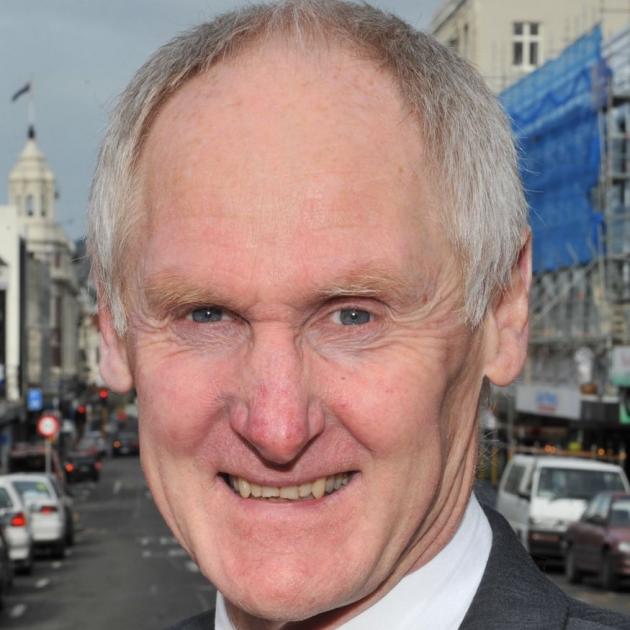 Software consultant Pete George says he will give every person in Dunedin a much better opportunity to be effectively heard in council, with substantially improved communications and methods of engagement, online and via public meetings.

Because I believe I can be a better mayor than what we have got. The DCC survey that just came out showed satisfaction with mayor and council was down eight [points] to 33%. The public are saying something and I decided I'd put myself up to offer them an alternative.

My key vision goes back to my main policy plank - to be a much better engaged city, between the council and the people of the city.

Everyone's talking about economic development, I'm certainly strong on that, but one thing I'm also talking about that's different from everyone else is increasing transparency, increasing communication, increasing engagement with the public. The council has to deliver information far better than it does. They've made some moves towards it, but there's a lot of things that aren't being put out there yet. There's a lot of things the mayor and councillors are doing that aren't published, they are doing it on their own, without it being in the public domain.

The cat committee, the warrant of fitness rental housing. On both of those, I've talked to councillors who knew nothing about them. Another good example from last year was the fracking political statement. The first I heard about it was in the ODT, and it is still not on the website. Whether you are for or against it, it's very, very poor transparency.

There's plenty of examples. The more I look, the more I see. Information needs to get out to the public far more quickly and transparently. From the people's side, the people's panel, which I've been a part of since it was set up, is a good step, but it's very council-centric, with the council asking people what it wants to know about its questions. What we should have is a people's panel where the people actually can control the questions and put them to the council, so people can communicate back to the council far better. The idea is to use social media extensively, but also public meetings.

For example, the [University of Otago] Centre for Theology and Social Issues has been having some really good public discussions. Those things should feed back to the council. Where it's justified, there should be polling of the public on issues, too. The problem we have now is things are often driven by small-interest groups that speak the loudest, that put the most submissions in, that know how to use the system. The council portrays that as public opinion, but it's actually minority opinion that might not represent what the wider public opinion is.

How would you get more people to become part of council processes?

Council should put everything on its website. There's a lot of things they don't put on their website. There's things I look for that I can't find and would expect to be able to. I don't think a lot of money would need to be spent. It's just a chance of attitude and change in the way they deliver information. It's very easy to put everything online - businesses are doing it all over the place. There's a lot of tools readily available.

Unless you give people the opportunity to engage more, you won't know how it will work. There is no use saying: 'They're apathetic; we won't bother trying'. They need to have a means of feeling like they are being listened to. If the information is available and they choose not to do anything, no excuses. A lot of the information will be boring, and not all of it will blow up into a big issue.

So, as quick as possible and with modern social media, and working with other media.

What are the other issues for the council?

On economic development, council should be vigilant for opportunities and be quick off the mark, as I was recently when I proposed a consortium approach to getting as much of the IRD IT upgrade business for Dunedin as possible. The Economic Development Unit say they are now working on this.

Council blocking of initiatives also needs to be addressed, like the Caversham-Chain Hills rail tunnel trail that has been interfered with for eight years. If opened, this would be great for commuters and recreational cyclists, and it could be huge for tourism, effectively extending the [Otago] Central Rail Trail to Aramoana and Portobello.

An issue coming out is the Greater Dunedin versus the rest thing. What we are potentially faced with a group that don't like to call themselves a party, but they look and act like a party. We could get situation where we have one group with the mayor and potentially eight councillors on council.

And, if the voters want that, that's fine, but they should be aware of what they are voting for, and what the possibilities are there. And what I've noticed more and more, is there is a strong green leaning in that group. There are several things the mayor is working on that are basically green policies, for example the warrant of fitness for homes and the living wage.

What are your politics then?

I'm a member of the United Future party. I ran unsuccessfully at the last general election.

How will that influence you on council?

I joined them and they asked me to stand because of the work I was doing in 2011 on promoting local representation and they saw that and said: 'That fits with us; will you stand?', so that's why I joined them.

Since then, I have been able to meet a lot of people in politics. I've got good connections in different parties, I think that will very valuable to council's lobbying.

No, that's got nothing to do with it.

I hope we can get what we can get working here with public engagement and push that through to the party, to all parties.

What would be your strengths as a leader?

As mayor I will be a stronger voice for Dunedin, and provide a stronger voice in council for the people of Dunedin. Stronger voice. People's choice. I will be an impartial mayor without council baggage and without favour for any special interest or activist groups. I've also got very well developed financial skills, as well as people and problem-solving skills through my work.

How much will spend on your campaign?

Several thousand dollars. My campaign spending has been smart, innovative and frugal, an approach I will taken into council.

How are you funding it?

My wife and I are funding it. United Future are not funding it at all.

How many council and committee meetings have you sat in on in past few years?

None. I've been following it in the media. The timing of that is not suitable for someone who works during the day. There has to be more engagement at different times, evenings.

People that want to see more public voice, who want to see council held to account more. I have support from several councillors, but it's more ordinary-people support and online support. I'm getting thousands of views a day on some of the things I'm doing at the moment.