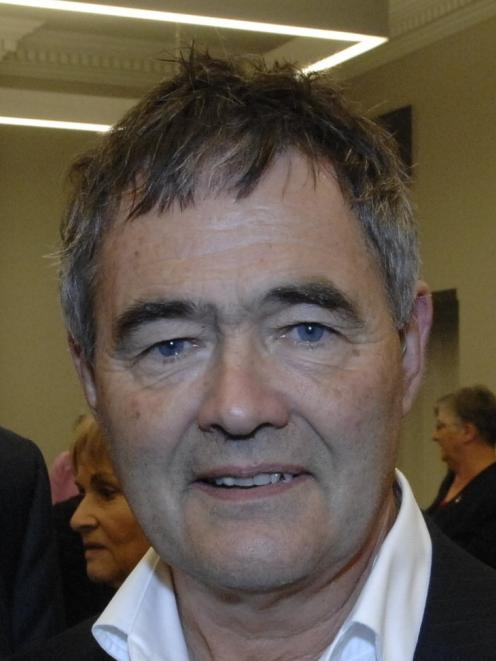 Dave Cull
Dunedin Mayor Dave Cull has been threatened with legal action by members of the Otago Rugby Football Union board over comments he made after the bail-out of the union.

Individual members of the board have contacted Mr Cull, seeking an apology and threatening legal action if he does not provide one, the Otago Daily Times has learned.

That followed critical comments made by Mr Cull during an interview with Radio New Zealand the day after the council agreed to wipe the $480,000 owed to it and Dunedin Venues Management Ltd by the ORFU.

The deal was part of a rescue package also involving other parties designed to save the struggling union from the threat of liquidation.

Mr Cull, speaking on Morning Report on March 15, raised sharp questions about the board.

It is understood a successful legal challenge could see the Dunedin City Council and its insurer - but not Mr Cull - facing a potential six-figure claim.

The council would pay the first $50,000 as an excess, and its insurer the rest, if any claim was upheld.

Mr Cull would not comment when contacted yesterday, telling the ODT "prudence" meant he could not even confirm whether legal moves had been initiated.

"I would be aware of the public interest in anything like this, clearly, but I'm not commenting on it."

ORFU chairman Wayne Graham was also reluctant to comment, saying he did not know "a lot about it".

However, any claim by individual board members would be a "private matter" for them, and was nothing to do with the ORFU board as a whole, he insisted.

"If individuals choose to do it I think it's their own personal situation and it's a private matter and it's probably best to be left like that.

"It's a private matter, if it is a matter at all."

The ODT sought comment from all board members yesterday.

Most were reluctant to comment, although one confirmed he was aware of the threat of legal action before declining further comment.

Another board member, Russell Cassidy, said any legal action would be a matter for individual members of the board.

"There may be a public interest in it, but I don't want to comment about it personally."

John Hammer conceded he had been "a bit taken aback" by comments made by Mr Cull at the time of the bail-out, and board members had discussed the comments.

He was not involved in any claim against the mayor, and any action would be "between individual board members, I gather", Mr Hammer said.

"If there is anything happening, then I gather in the fullness of time possibly we'll hear about it.

"I am certainly aware of his [Mr Cull's] comments and certainly was a bit taken aback by what he said.

"It was discussed, or mentioned, but it's never been part of any meetings or anything."