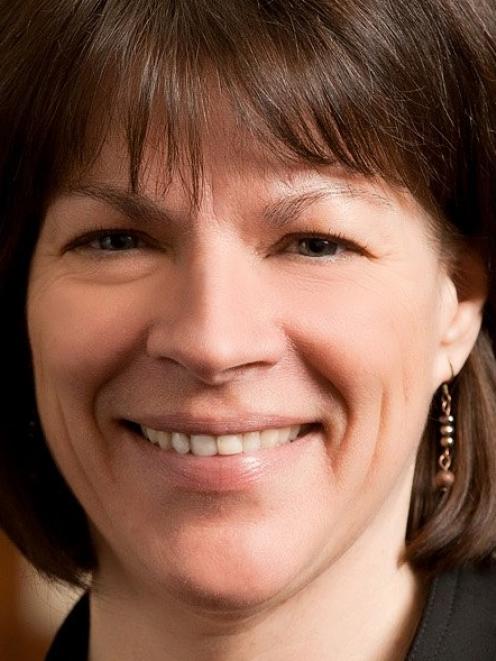 Harlene Hayne.
The Government's decision over a proposed Waikato medical school should be based on facts and not winning votes in an election year, the University of Otago says.

Vice-chancellor Prof Harlene Hayne said if the Government judged the merits of Waikato District Health Board and the University of Waikato's joint bid for a school on the evidence, it was clear it would be declined.

``What cannot happen is costly political reaction during an election year that won't actually solve anything.

``Every health and education dollar must be spent wisely.

``It shouldn't be a political decision, it should be one that is based on the evidence on what we know does and doesn't work in terms of producing more rural GPs,'' Prof Hayne said.

Minister for Tertiary Education, Skills and Employment Paul Goldsmith yesterday said its decision on the Waikato bid would be based on the ``facts and information placed in front of it''.

``That's why in regards to the Waikato business case, ministers have written to the University of Waikato and the Waikato DHB to request further information and to ask that they meet with officials,'' Mr Goldsmith said.

Prof Hayne also hit out at the Waikato Times, saying it had mischaracterised the issue in a recent editorial.

Her comments come as a scrap involving three of New Zealand universities heats up.

On one side Waikato University says its proposed school is needed to address a dire shortage of GPs in rural areas.

On the other side Auckland and Otago universities have made a joint proposal of their own for a ``School of Rural Health'', saying their experience running medical schools and health science expertise puts them in a better position when it comes to addressing the issue.

``That's why I do feel somewhat confident, even though it is in election year, the Government's going to make the right decision.''

Prof Hayne disputed the suggestion Otago and Auckland had only been prompted to act by Waikato's proposal, saying the institutions had been working together on the issue since at least 2015.

``It's not that the Waikato proposal has spurred us into action. What it has done is made our actions a little bit more public.''

Auckland and Otago were proposing a solution which involved collaboration across New Zealand rather than the ``parochial'' Waikato bid.

She disputed claims made in a Waikato Times editorial that Otago and Auckland universities were to blame for the situation, had been ``poisoning the ears of Government ministers'' and were a ``a couple of bully boys''.

``Gender-based insults aside, blame-casting is pointless and wrong.

``Pointless, because casting blame is a waste of precious energy that could instead be used to help solve the problem in a genuine and evidence-based way, wrong, because we have repeatedly raised the difficult challenge of successfully placing and keeping the right number of GPs in rural areas.''

Otago had established a ``rural and regional admission scheme'', whereby 20% of its students were from rural backgrounds and was also proactively addressing the challenge of having more more Maori doctors.

``Clearly, there is much to learn from the success of this programme.

``Let's see if we can transfer some of this success into fixing the rural healthcare shortages,'' Prof Hayne said.

``The proposal is based on claims that there is a shortage of doctors in New Zealand, in particular a shortage of general practitioners in the regional and rural areas, and that the existing programmes have failed to address these issues.

``These claims are not correct.

``The Government already has in place a programme to achieve the modest increase in numbers of medical graduates that the health sector agrees are required,'' he said.