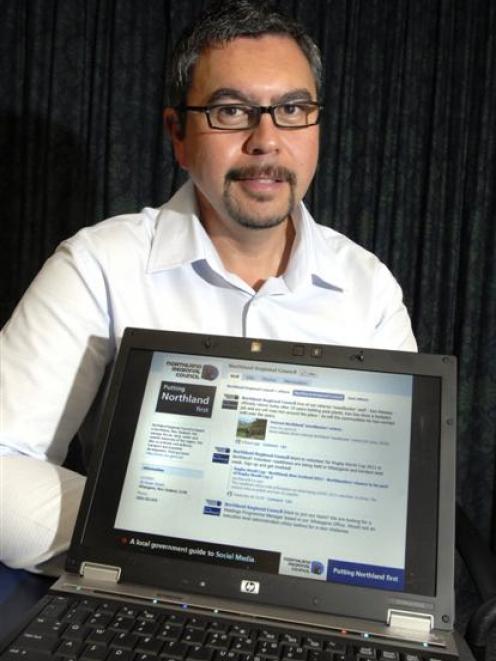 The Northland council is using Twitter, for instance, to give the results of council votes as they happen, answer the public's questions and provide facts and figures from its various initiatives.

Despite the limit on words and characters on sites such as Twitter and Facebook, they were valuable for informing the public, even on controversial and complex issues such as the multimillion-dollar stadium the district recently built, he said.

Mr Dawson was invited to Dunedin after impressing Dunedin City Council staff with a recent presentation at a New Zealand Society of Local Government Managers meeting, and he spoke to two groups of staff yesterday.

He said his council was using the sites to engage its citizens on civic issues, and during public consultation.

"One of the best ways [to use social media] is live streaming from council meetings. We send tweets every few minutes."

Up to 150 people were following the meetings live, and others were checking the site later.

It did not replace more traditional methods of communication, but was "another tool in the toolbox", he said.

The sites allowed the council to reach a wide audience, he said, and not just young people, as 75% of New Zealanders, with an average age of 38, used Facebook.

The average age of Twitter users in New Zealand and Australia was 39, and that network was the council's "No 1 platform".

Its use grew after the council began using it for civil defence alerts for flooding events and the recent tsunami scare, and realised it could greatly increase its reach for little cost.

If questions could not be answered in the "bite-sized chunks" the sites allowed, people had been redirected to the council's website, or given a telephone number so they could ring a staff member.

The cost was low - three staff members each spent about 15 minutes a day updating the sites.