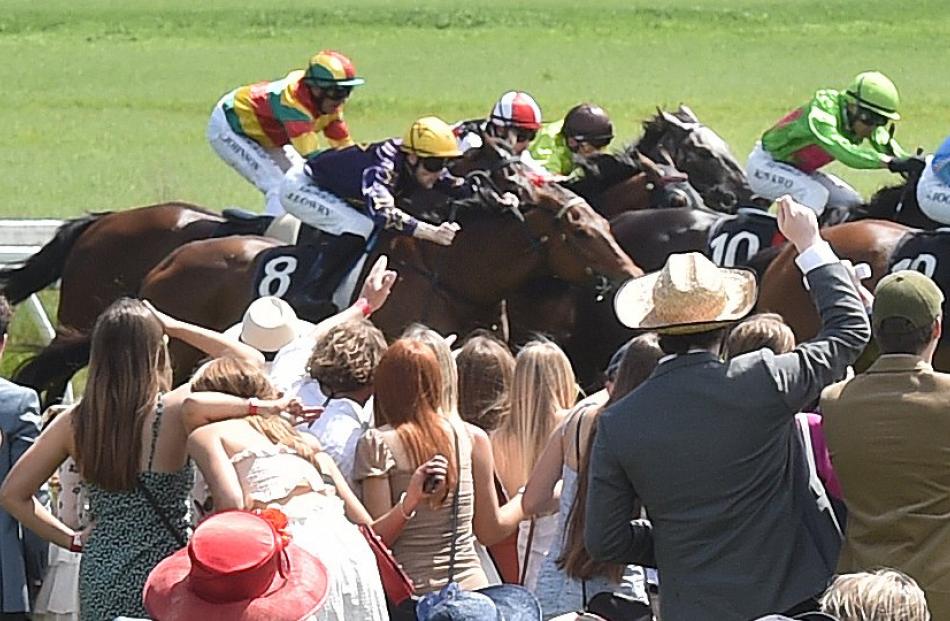 Because of restrictions, this year’s event was expected to draw a crowd of about 1000, which would 3000 to 4000 fewer than usual, organisers say. Photo: ODT files
This year’s Melbourne Cup Day at Wingatui Racecourse will go ahead, albeit with strict Covid-19 precautions in place.

The event will feature the usual local races at the Mosgiel track followed by the live broadcast of the Melbourne Cup on large screens, but there will be a reduced crowd, table seating and social distancing.

‘‘Under Covid rules we’re just not able to comply with safety measures if we open doors to general admission and students.

‘‘We’ve limited it to members and corporate entertaining, so you need to buy a ticket at a table to be able to come,’’ he said.

Because of restrictions, this year’s event was expected to draw a crowd of about 1000, which would 3000 to 4000 fewer than usual, he said.

Despite smaller crowds, the Fashion on the Field event would go ahead.

Racegoers would be spread across four indoor venues and three marquees on the lawn to ensure groups remained separated, and would be catered for separately.

There would also be musical entertainers who would be able to roam through their allocated spaces to keep groups entertained safely, Mr Gaskin said.

However, the requirement to keep groups separate meant the after party event had been cancelled.

Financially, the scaled-back event would not be as viable as those in past years, but Mr Gaskin said he felt a commitment had been made to members to go ahead.

‘‘We felt we really had to deliver something for members this year.

‘‘We’re doing our best to make it happen, that’s for sure.’’