By Thishni De Silva
0 Comments
Surviving a potentially fatal illness is not the usual university experience.

When Invercargill man Michael Moncur woke up feeling unwell on May 19, 2018, he had no idea he would hours later be in hospital fighting for his life.

The University of Otago applied science student had contracted meningococcal B.

As one of three students to fall ill with meningitis in 2018 and survive, he is now focused on encouraging people to get vaccinated. 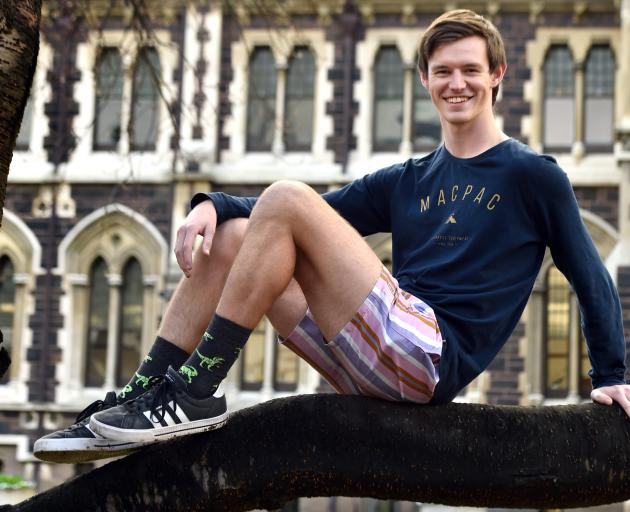 Studholme College student Michael Moncur is feeling much brighter now after surviving a deadly illness three years ago. Photo: Peter McIntosh
Mr Moncur (21) was living at Dunedin’s Studholme College when, after feeling unwell with bad headaches and vomiting, he messaged his friend to ask if what he was feeling were normal symptoms of migraines.

Over the next few hours, his health deteriorated rapidly.

The then 18-year-old was taken to Dunedin Hospital by ambulance after Studholme deputy warden Rachael Carson suspected it was meningitis, after recognising similar symptoms to those displayed by a person diagnosed with meningococcal B at Studholme a few weeks earlier.

Mr Moncur said it was confusing and shocking to find out what had happened on waking up after three days in a coma.

"It felt surreal. My family had to go through that traumatic experience suffering mentally and emotionally, but I was just in a coma, so I just had the easy job."

Now a sub-warden at Studholme, he is in his final year of his bachelor of applied science majoring in physical education and geography. He wanted to be a secondary school teacher and joked he could emphasise to the next generation that getting vaccinated was important.

"If you are feeling unwell, tell your friends, let people know. It could save your life."