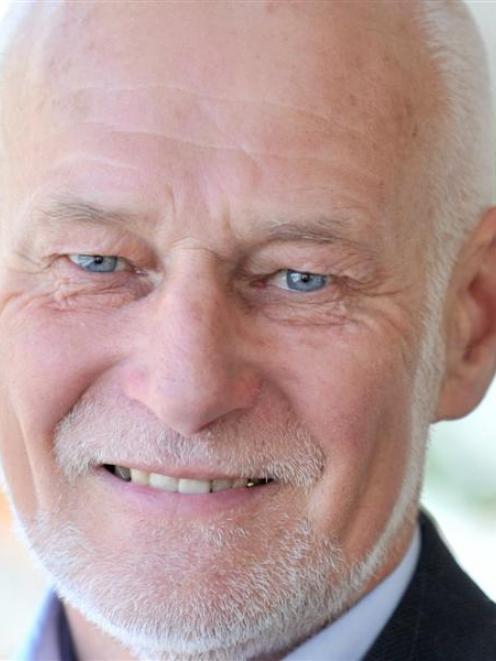 "... you cannot make something true by repeating a falsehood many times" - Pete Hodgson
A government ministry has been accused of giving one-sided advice in favour of slashing jobs at AgResearch's Invermay campus.

And documents obtained by the Otago Daily Times have shed more light on concerns AgResearch restructuring will cause key staff to leave, and revealed details about an ''investment decision'' that could result in changes to its plan.

Former Dunedin North MP and former minister responsible for AgResearch, Pete Hodgson, said Ministry of Business, Innovation and Employment (MBIE) advice, obtained by the ODT under the Official Information Act, showed it had a ''blinkered view'' in favour of restructuring.

''I think MBIE has had a great deal of interaction with AgResearch over several years and rather little interaction with people, such as the Save Invermay group or the farmers of New Zealand. As a result, they have a blinkered view.''

He took particular issue with MBIE telling Science and Innovation Minister Steven Joyce potential staff losses at Invermay would ''only'' have a short-term effect ''as several key staff are either at, or approaching retirement age''.

''That is provably wrong and you cannot make something true by repeating a falsehood many times,'' Mr Hodgson said.

MBIE was concerned over AgResearch's explanations regarding staff risk, but did not appreciate the magnitude of the problem and that previous restructuring at its Wallaceville campus was ''near enough a complete failure'', he said.

''Nobody is learning from history here.''

In it, MBIE said Invermay's ''collaborations with other research providers like Otago University and AbacusBio'' were at a ''low'' base.

MBIE also said collaboration at Lincoln was ''more likely to create impacts to the agricultural sector'' than collaboration with the ''human genetics work based at the University of Otago''.

Prof Dearden said describing collaboration being at a ''low'' base was not a fair representation.

While there were ''few joint grants'' between Otago University and AgResearch, that was just the ''tip of the iceberg'' when it came to collaboration between the two institutions, he said.

''The real thing is the talking, the joint ideas and cross-collaboration of fields.''

It was ''definitely a misrepresentation'' to describe genetics work at Otago as being all ''human''.

''We have over 200 people who call themselves geneticists. Some of them are microbial geneticists, so they work on bacteria and viruses; we have people who work in plants and animals.''

''There is always scope to grow, but I wouldn't have said the level of collaboration for us is at a low point.''

An MBIE spokeswoman said it was ''satisfied with the quality of the advice it has given to ministers on AgResearch's Future Footprint plans''.

''This advice has considered the impacts of the Future Footprint plan on AgResearch's national capability, the industries that AgResearch serves and the broader science and innovation system,'' she said.

Mr Joyce responded by saying Mr Hodgson was ''entitled to his views''.

''I would encourage him and other stakeholders to continue to constructively engage with AgResearch on its Future Footprint proposal.''

In a document from November last year, MBIE explains why it is concerned with an AgResearch update on the risks of staff losses - which was redacted in the copy the ministry provided to the ODT.

''We remain unable to answer our key questions: Among the population of key affected scientists, are there any concentrations that will make the potential loss more damaging to national capability? How many of these key scientists were approaching retirement?''

AgResearch also confirmed January's announcement of $8.8 million a year funding for a sheep and beef genetics collaboration, involving AbacusBio and Otago University, was the ''upcoming'' investment referred to in an internal email.

In the internal email from last December, AgResearch chief executive Dr Tom Richardson said the investment could ''affect our sheep and beef genetics activities, which could flow through to Future Footprint requirements''.