MND sufferer taking it in his stride for charity 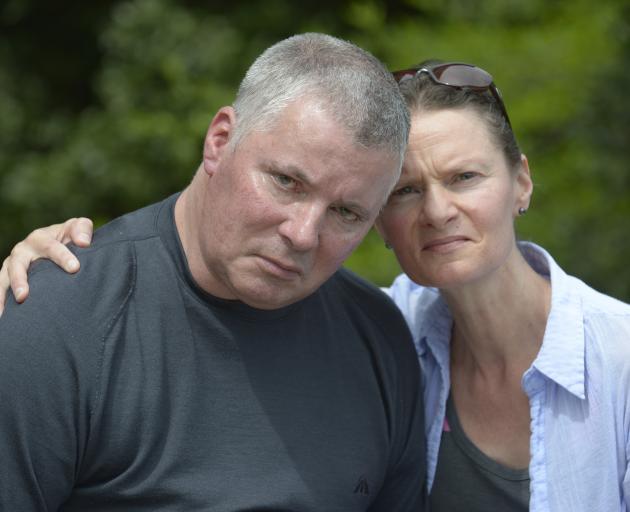 Two and a-half years ago the former fire officer was diagnosed with motor neurone disease (MND), a rare and incurable condition shredding his nerve cells.

Sooner rather than later the disease will rob Mr Clarkson of his ability to walk but while he still can, he takes part in the annual "Walk 2 D'Feet MND" event, a nationwide sponsored walk to raise funds for MND support and research.

"I want Grant to be walking as long as he can, I want to keep those legs moving," Mr Clarkson's partner and carer Jo Reid said.

"Grant has attended Walk 2 D'Feet MND since then, and it's always a really good day ... Grant can certainly do 3km, although he might need a few little rests along the way."

MND is a rare disease. About 300 New Zealanders have it.

Mr Clarkson has lost the ability to speak and can only walk slowly but, like all people with MND, his mind is still in perfect working order.

While Ms Reid answers on his behalf, a slight nod or a subtle thumbs-up or thumbs-down shows he is involved in the conversation.

In his spare time, he played football in the Northern over-45s team, walked and generally kept fit and active.

"He was slurring and he sounded as if he was drunk even though he wasn't - it was particularly picked up at work because he would have to speak over radios and it was quite difficult for his colleagues at the other end to understand what he was saying."

"It was subtle things at the beginning, it wasn't big things, but they were the beginning of things for us," Ms Reid said.

"There were so many things to consider - my employment, Grant's employment, where we were living at the time, which was on a steep section ... Moving on, mobility and balance are big issues and you really have to think about those things."

"I wouldn't have it any other way. It is a real privilege."

Life with MND was a process of constant adaptation, Ms Reid said. As soon as the couple discovered a new thing that Mr Clarkson found difficult, they found a way to work around it.

"There is a lot of planning involved whenever we decide to go anywhere or do anything.

"His days are kept full with exercises. Grant goes for walks, and he gets out and about with me and with family and friends. Sometimes there are not enough hours in the day."

Inevitably, there are medical appointments - the couple are supported by a multidisciplinary team from Wakari Hospital, their GP, the MND Foundation's Geraldine-based field worker and the Otago Community Hospice.

"The journey we have been on and everything we have experienced, Grant has been amazing, inspirational and really positive, and it can be hard," Ms Reid said.

"It is an honour to look after him and to support him and for him to be my partner, and I love him very much."

Dunedin's "Walk 2 D'Feet MND" event will be held at Wingatui racecourse tomorrow, beginning at 10am.